Veteran quangocrat Elisabeth Davies exasperated the Commons justice committee earlier this year by lapsing into jargon. Stressing that she is not an ‘overboarder’, she also alluded to the legal ombudsman’s ‘improvement journey’. 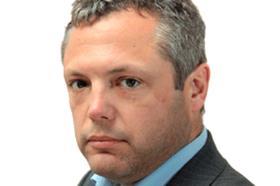 ’How do we get around the fact there is a tendency for all of us to talk in Quango-ese?’ groaned committee chair Bob Neill.

The chair of the Office for Legal Complaints was unfazed. Davies used the term ‘improvement journey’ again this month when alluding to the departure of Rebecca Marsh, chief ombudsman.

Of course, the beauty of the term ‘improvement journey’ lies in its elasticity. One can be usefully ambiguous about how far your organisation has actually travelled down the road.

What we do know is that LeO recently hit a deep pothole. In March ambitious proposals for a £2.4m hike in its budget were thrown out by the Legal Services Board, which berated the watchdog’s ‘unacceptable’ performance. The Law Society is among stakeholders that have criticised delays, inconsistent decisions and a failure to keep service providers informed.

Bidding farewell, Marsh insisted LeO has made ‘real progress’ since she joined in February 2018. So I asked the ombudsman to be more specific. In its response, LeO cited a modernisation programme that has included resolving legacy cases moved to a new case management system; and an online customer assessment tool that helps ensure a complaint is within jurisdiction.

So what’s the problem? The average waiting time for people to access the service is the biggest. This has reduced from nearly six months but still stands at three months, says LeO. Much too long. Staff attrition, at 30% for investigators, is also a headache.

Marsh’s successor will not have it easy. LeO wanted £1.2m for more staff in 2020/21, £400,000 to improve feedback to the profession, and £800,000 to resolve persistent IT problems and for inflation. The LSB was having none of it. ‘Do better with what you have’ was the board’s (unambiguous) message.