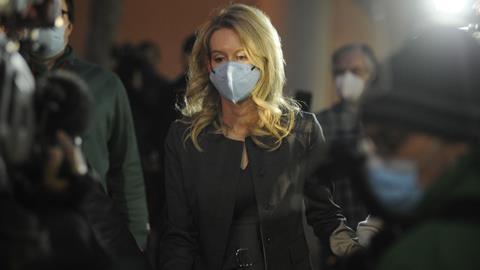 Lessons from the Theranos scandal

Among the minor heroes of the scandal involving Elizabeth Holmes and her blood-testing startup Theranos was Rupert Murdoch. In September 2015, when Wall Street Journal reporter John Carreyrou was critically scrutinising the hype - and, now-proven, outright fraud - behind Theranos’ claims to have revolutionised healthcare, Holmes emailed the journal’s owner, asking him to lay off. ’Were I in your shoes I would want to know/be in the loop on this one,’ Holmes wrote.

As Murdoch had personally invested $125m in Theranos just months previously - he was just one of several elderly male public figures to be charmed by Theranos and, perhaps, by Holmes herself - this may have appeared a sound move. But Murdoch ignored Holmes’ advice, as well as numerous threats to sue over Carreyrou’s coverage.

Holmes eventually conceded that her attempt to gag the newspaper was a disaster. 'We totally messed it up,' she told the California court which this week convicted her on one count of conspiracy to defraud investors and three counts of wire fraud against investors. (She was cleared of four charges of defrauding the public.)

So, one lesson to draw from the scandal is that ruthless wealthy megalomaniacs can sometimes be better guarantees of a free press than more risk-aware proprietory entities. It is also worth noting that, had Theranos and/or the Wall Street Journal been based in England and Wales, our libel laws might have kept a lid on the fraudulent behaviour for rather longer.

The case has many other implications, in the UK as well as the US. Commentators have already suggested that Holmes' conviction will send a chill through Silicon Valley's start-up culture, in which 'enthusiastic optimism' can easily spill over to 'fraudulent misrepresentation'. This is pertinent at a time when so many hopes are riding on white-heat breakthroughs in fields such as artificial intelligence, cryptography and quantum computing. Against this, some pundits have been quick to point out that, for all its founder's penchant for black polo-neck jumpers, Theranos' model was far from that of the typical tech start-up. In many ways it resembled an Edwardian share-punting circle in which wealthy individual investors' fear of missing out trumped considerations of due diligence. In any case, most of these investors - like Murdoch - would have been able to treat their loss as a write-down rather than a hit to their pockets or pension plans.

Enthusiasts aspiring to get on board the current digital craze for cryptographic non-fungible tokens (NFTs) such as 'digital football collectibles' might want to bear this in mind.

But perhaps a more important difference between Theranos and successful Silicon Valley startups is that, by definition, its core product could not exist merely in thin air. Most of the current crop of tech billionaires made their fortunes essentially in software. In this field in which it is possible to float an apparently startling innovation before you are anywhere close to a minimum viable product, in the expectation that an intense development phase, backed with user feedback from a 'beta' release will produce the real thing. Bill Gates and his emulators got away with this time and time again, helped by Moore's law (the seemingly unstoppable growth in computing power) and the ability to distribute continually updated '.1' versions of products along with frequent bug-fixing patches.

When it comes to hardware, especially in a field as sensitive and regulated as healthcare, this kind of approach is not acceptable. Holmes' purported breakthrough, the ability to take a spectrum of tests from a minute blood sample, was never achieved and could not be made possible by version tweaks and patches. Hardware breakthroughs are difficult, as one of my personal tech heroes, the late Sir Clive Sinclair, repeatedly found out, while trying to turn his elegant designs into practical products. Today's would-be investors in, say, flying taxis and quantum processing, beware.