Should legal constraints be introduced to control the usage of algorithms and AI in the justice system? The question is a key one for the Law Society Public Policy Technology and Law Commission investigating the use of algorithms. 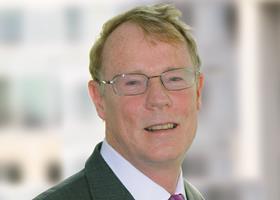 My general view is that more constraints are justified in the justice area than, for example, consumer retail, due to the potentially serious negative consequences. That being said, an overly restrictive legal framework is likely to stifle development, innovation and usage resulting in could mean that the effectiveness and efficiency benefits promised by artificial intelligence being delayed or not achieved.

There are some attractions to the argument for leaving this area to common law scrutiny so that the courts can intepret on the basis of existing laws. However this would lead to uncertainty in the legal framework and a piecemeal approach. Instead, a ‘light touch’ regulatory framework could be introduced which would enable innovative solutions to be developed and implemented whilst giving sufficient protection for problems to be tackled.

The key figures of a light touch regulatory framework for the justice system could include:

Importantly, this ‘light touch’ regulatory framework would not include the prior approval of AI/algorithmic solutions before deployment in the justice system. Such prior approval would stultify development - the time and costs would be considerable and the skill-sets of any approval body are likely to run well behind those of commercial developers.

Roger Bickerstaff is a partner and Bird & Bird. This is an edited extract from his submission to the first hearing of the Law Society Public Policy Technology and Law Commission - algorithms in the justice system.