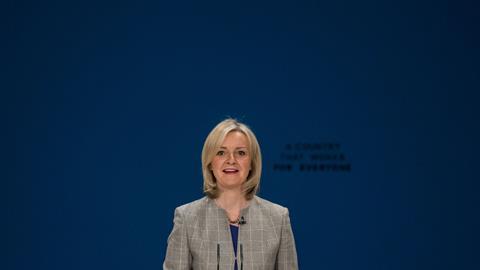 After nearly three months in post, the lord chancellor remains difficult to read.

So what did we learn in Birmingham? That the ‘Overton window’ has moved, for one thing.

The Overton window is a handy term used by media pundits to describe the acceptable range of political thought at any given time. It has shifted sharply right in recent decades – so that the emergence of Ukip created the space for main parties to adopt a tougher stance on immigration, for example.

Whatever you think of Jeremy Corbyn, the unapologetically socialist leader of the opposition would seem to have moved the window back again – if only a little (and certainly not on immigration).

In any event, it was arresting to hear a Tory leader adopt an avowedly interventionist tone and talk openly about enhancing employment rights.

On that front the PM could make a start by instructing her lord chancellor to abolish tribunal fees, an overdue review of which has still to appear. There is little room for doubt that fees are deterring many legitimate claims.

After nearly three months in post, Liz Truss remains difficult to read, having stuck largely to a populist line on prison reform. Her remarks on judicial diversity were welcome, but they were not original or indeed particularly controversial.

Of access to justice and legal aid – and amid the general clamour for an urgent review of LASPO – the lord chancellor said nothing at all.