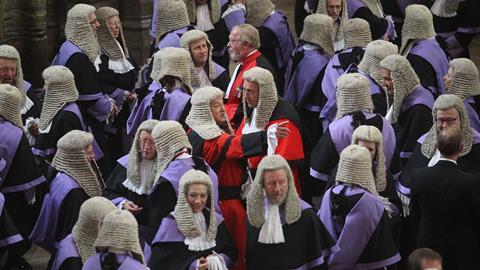 Judges are careful not to comment on government policy - so it was surprising to hear the lord chief justice this week question the merits of cutting legal aid.

After speaking extensively about the court backlog at an evidence session of the House of Lords constitution committee, Lord Burnett of Maldon was asked about access to justice and legal aid.

Labour peer Lord Howarth of Newport was keen to hear particularly what the lord chief had to say about civil legal aid, which was hit hard by the Legal Aid, Sentencing and Punishment of Offenders Act.

‘It’s all very well for a department to look at a measure it introduces and says “We’ve saved ourselves [millions of pounds]. I would have thought it makes more sense to look at what the impact is across the whole of the public sector and, more widely, society,’ Lord Burnett said.

Burnett acknowledged he is not an economist. ‘But parents who are engaged in conflict unnecessarily or for longer than they should be, are not going to be likely to be deploying their full economic activity. Somebody could calculate that. The impact on children is not necessarily short term.

‘I’m simply asking the question. I’m not expressing a view. Is whatever the saving being made from private law family legal aid actually leading to savings across the system?’

Music to the ears of every legal aid lawyer who has tried to highlight the wider impact of legal aid cuts. But there was more.

With heavy cuts to civil legal aid, and a failure to fund early advice, ‘aren’t we seeing false economies and aren’t we seeing the Ministry of Justice exporting costs to other departments in government - social services, the NHS? Once again, don’t we need to look holistically across the system as a whole?’

‘I agree,’ replied the lord chief - as does the legal aid community.