Mother in law: Kamala Harris and the next generation

There are two things in this world that anger and infuriate me, that I really hate, that make my skin crawl. The first is fleas. It was with some surprise that I looked down on Saturday afternoon and saw flea after flea crawling through the Enormous Puppy’s fur. Surprising, because she hasn’t left our side since 28th October when, in the middle of a pandemic, some locals thought it necessary to start their fireworks. 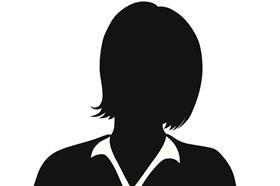 It was with some intensity, therefore, that I dragged her into the kitchen and began catching and squishing said fleas. You have to cut them in half with your thumbnail, I explained to DALC1, who immediately joined the task force, whilst DALC2 found some flea spray in the cupboard and began spraying the dog and anything within a 10 foot radius including us. I was pleased that they hated fleas as much as me and had joined the call to action so quickly, although slightly concerned that I was emotionally scarring them with my panicked response.

My husband was cooking dinner at the time, CNN blaring from his phone as it had now been for five days straight. Despite my panic and intensity, I noticed the change in tone from the (heroic) news anchors and over the noise of the curry on the hob, the quivering dog and the flea-killing children I heard it. They called Pennsylvania.

So, at that moment, a few fleas got a reprieve but the second thing I hate - misogyny, racism, social division - was being sent away with a - erm - flea in his ear.

We dragged the kids into the living room - we couldn’t watch this on a phone - and made them watch as Joe Biden was declared the winner of the presidential election.

I hate telling my children about the inequalities and prejudices of the world because they just don’t see them, and to tell them is so disappointing. It would never occur to them that Black people would be treated any differently to them, or that women weren’t always allowed to vote. But I explained to my small children that the man in charge of a very important country in the world hadn’t been a nice man. That he wasn’t nice to women or Black people, and now we were to have a decent man in the job.

Perhaps more importantly though, for my children, was lawyer Kamala Harris’ election as vice president. In her celebratory speech she said to 'dream with ambition, lead with conviction, and see yourselves in a way that others may not, simply because they’ve never seen it before.' In a world where even the members of Little Mix are morphing into each other, it is important for our girls to see people who look different, because in the paths they take in life, they may look different to the people who have come before them.

It is easy to forget that women are still constrained by gender. I am lucky - through hard work, of course - that I am doing exactly what I want to do: working in a job I like with a reasonable salary even on part time hours. Part time hours that ensure some sort of work-life balance and the pursuit of other interests that are important to me.

I say lucky not because there was a huge element of chance in this (see above re hard work) but because it was only a century ago that women were allowed to vote. It was only 50 years ago when my mother in law was asked at job interviews when she was going to get married (and leave). It was only 10 years ago that my friend told me what a lovely husband she had because he had 'pushed the hoover round for her' before he left for a stag do. It was only eight years ago that I had to decide how many hours a week I could work so as not to feel guilty about the little one I would be leaving at home. It was only five years ago - second time round - that again my husband’s paternity leave was an enormous two weeks, whilst my firm worked out the restructuring of my department in my nine month absence. It was only a year ago that a young male opponent who couldn’t think quickly enough to argue told me to 'calm down dear', and I had to have a word to the headteacher about all the traditional language the teachers were using around my kids, which generally involved them having to 'tell their mums to [insert life admin job]'. So yes, society still tries to make me feel constrained by my gender, and the positive changes are not just very recent but incremental.

It was only eight years ago - granted not in this country, but still - that a girl was shot in the head for speaking out about girls’ education. And it was only 244 years after the USA was formed that the most qualified person was appointed as vice-president, despite being a Black and Asian woman. But the changes, incremental as they may be, are still happening. CNN remarked on the fact that no one had talked about Harris’ clothes and appearance during the campaign, which is definitely an improvement from four years ago. My husband’s paternity leave (if I could convince him) is now much longer and fully paid. Harris has reminded me of something that I sometimes forget - there are all sorts of families, all sorts of good mums and I will be going to work this week slightly more inspired, slightly more engaged and slightly more determined to follow my career goals and make my family proud.

'I could win a fight against Donald Trump!' declared DALC2, my fierce-but-small-for-her-age five-year-old, leading me to wonder if I had accidentally misled her on the nature of this particular battle. The thing is, she could. She will if she has to (let us not forget of course, that there is literally another one). I will be there behind her, like Harris’ mum, and if our generation continues to do its job properly, no one will be talking about what she’s wearing when she does it.