In the words of Cliff Richard (who I do try to quote wherever possible) we are entering the time for giving and the time for getting, the time for forgiving and for forgetting. I’m hoping that our cashier will, in 2021, be able to forget Christmas of… I don’t know, like 1976 or something, when she got a 'candle in a candle holder' in the Secret Santa. She is still livid. It took me a few years to work out why, but in those years I heard the words 'I got a CANDLE in a CANDLE HOLDER' uttered in an outraged voice probably a thousand times. The issue, I eventually worked out, was that everyone else got edible underwear or a funny hat so she took the candle in a candle holder as a slight on her ability to take a joke. 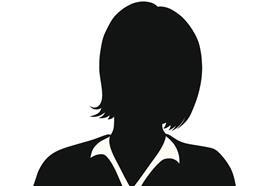 For my part, I have an ongoing issue with online buying where I misjudge the size of the items. I have recently bought a jug the size of both my children’s heads put together that I had intended to use for gravy, and a bowl for the Enormous Puppy more suitable for a small hamster. However, it was NOT ME who bought another delightful colleague the very thoughtful but very small Secret Santa gift last year. 'I know who it was,' she seethed, 'no one has told me but oh, I know just who it was.' Come on Helen, Cliff says to move on mate!

So to recap, the gift should not be small. It should not be so neutral as to suggest the person does not have a sense of humour. Presumably, in 2021, it should not be edible underwear. It should be thoughtful, maybe a bit funny, something you can all 'ooh' and 'aah' over as it is opened. Oh, and it should be less than a tenner (which, of course, has not increased with inflation since Cliff met Hank).

What about other gift giving in the office? It took me a couple of years at work to realise that if I gave the obligatory £1 for everyone else’s birthday collection, on my birthday I only really got an overall gain of £1. And yes I do mean 'obligatory'. Once we had a receptionist who didn’t like a particular solicitor and didn’t want to contribute £1 on his birthday. His secretary marched down to reception and literally forced her to contribute. The receptionist quit her job not too long after. Beware the devil women.

I have been reading about the 'drama triangle' recently. More of that another time, but a specific part of the drama triangle is the 'need/obligate system'. This is where someone gives you something you didn’t ask for and expects you to be grateful. I had this once with a secretary who, on top of the Secret Santa, bought everyone in the office a present TOTALLY SCREWING UP THE WHOLE POINT OF THE SECRET SANTA. The idea was that, if she bought something for everyone, no one could criticise her and she would have lots of opportunities to say 'this is how he treats me, I won’t buy him a present next year' or 'she didn’t even say thank you' or 'you can’t say I didn’t try'. She was of course unaware that she had 'evil on her mind' but it is the truth.

I have a real issue with people that judge people by how gratefully they accept a (probably crappy) gift. This is why the young ones in my house say thank you for Christmas presents (of course) but I do not make them painstakingly write thank you notes. Gifts should not have a painful pay-off. Maybe this Christmas we can give colleagues gifts because we are grateful for their support, and not expect anything in return. May we stick to the Secret Santa rules, and communicate clearly why if we deviate away from them.

May you all enjoy your Christmases, with (I hope) no worries for a week or two.