Well, the man who has rarely taken personal responsibility for anything has asked us all to take personal responsibility for ending a pandemic. A pandemic - something that by its very definition affects a community rather than an individual, and surely continues to require communal measures to tackle. My mask doesn’t protect me, it protects others. Others, like, for example the England football fan who shoved a flare up his bottom. Others, like the members of Right Said Fred. Others, like my daughter who made a potion from bits she found in the garden and then proceeded to drink at the weekend. Our safety is in their hands, people. 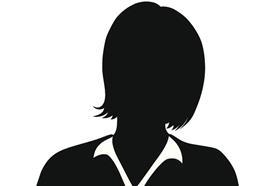 Last week more and more businesses and organisations put their heads above the parapet to say that they would be keeping their safety measures in place. Waterstones were one of the first, followed by London Underground. Then came my firm. We have a problem where people continually want to hand paperwork to a human rather than putting it through the door, but we are keeping the doors locked, for now. We are continuing to encourage video and telephone appointments, for now. We will see clients on a strict appointment-only basis, in meeting rooms with access by fire exit, for now. We will encourage mask wearing, for now. Slow and steady.

I know my firm’s motivation in keeping these measures is our safety, but business continuity is still a big factor. Many of us aren’t double-jabbed yet, so even in August we will still have to self-isolate if we come into contact with a positive case. Not just self-isolate, but (of course) possibly catch the virus too. Back in January I felt so aware of the increased transmissibility of the Alpha variant. It felt so close, with many people I knew catching it and immediately spreading it to their family members. A very sensible scientist I follow on Twitter went from, last summer, saying she wasn’t too worried about people gathering on beaches because of the fresh air, to saying that - with the Alpha variant - joggers shouldn’t be overtaking pedestrians without a mask on. Now we have the Delta variant which is again more transmissible. One way or another, I can see whole teams being taken out of action if we don’t keep the safety measures in place.

And what about me, a mum whose second job for the next six weeks is that of children’s entertainer? I think I might finally download the pinging app. I didn’t originally because I didn’t want Dominic Cummings knowing where I was all the time. Now, if cafes and other places aren’t going to keep track and trace records then I think maybe I should be 'taking personal responsibility' for this. I will continue to avoid taking the kids to bowling alleys and other indoor, unventilated places. I know it is hard, and I don’t want to sound too rose-tinted, but last October half term they played with torches after dark in the rain with some friends who weren’t allowed in the house and it was probably the best time they had all year. We are still 'making memories', as they say over on the insta.

Of course, my main driving force behind all this is not to keep my family safe. I’m pretty sure the kids, at least, have Charlie Sheen’s tiger blood and would shrug off much worse. But if I have to homeschool them again at the same time as BEING A SOLICITOR Richard Fairbrass had better watch out, as I will not be personally responsible for my actions.