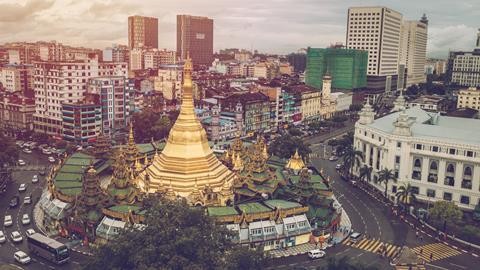 This is an article about Myanmar law and how Myanmar lawyers are working to transform criminal practice. It is not about the Rohingya or about underlying problems.

The Code of Criminal Procedure 1861 (CrPC) was imposed upon India after the 1857 rebellion against the British East India Company. Today, it is the root of criminal procedure in Bangladesh, Pakistan, India, Sri Lanka, Singapore, Malaysia as well as Myanmar. It uses some alien language but it properly establishes the powers and responsibilities of the state in criminal prosecutions. It grants to the police powers to arrest and to detain (for a maximum of 24 hours without the authority of a judge), to the court the power to grant bail, and the power to disclose evidence and to the court the power to make findings and to impose sentences.

It is comprehensive, and with the Penal Code (1860) and the Evidence Act (1872) provides the fundamentals of criminal law practice in Myanmar. The other CrPC countries have amended the code rather more systematically than Myanmar: for example in all of those other countries the police are obliged to inform an arrested person of the grounds of their arrest.

The World Justice Project Rule of Law Index measures rule of law adherence in 126 countries. Myanmar is rated as 123rd in its respect for core human rights, and 116th for its criminal justice system.

Lawyers lived and worked for 53 years under a military dictatorship. This was their experience (from interviews with the author):

There is also corruption:

All this has consequences for lawyers:

But there is still optimism. The attorney general published a Fair Trial Guidebook for Law Officers in 2018 which shows his personal commitment. And there is the bravery of Myanmar lawyers who recognise the complexities of the past but are working to improve the future and to support the aspirations of the attorney general.

Four Myanmar lawyers visited Bristol last year funded by Tharthi Myay – a Myanmar NGO which works on land rights, gender violence and the rule of law. The objective was to enable the lawyers to see how another common law system works in practice, to acknowledge the faults and problems of the English system, and to encourage the lawyers to analyse the Myanmar criminal procedures and develop their own proposals for change. They received generous support from Avon and Somerset Police, defence lawyers from Allen and Hoole, and Daniel Woodman & Co, as well as lawyers from VWV, the Bristol University Legal Clinic, Bristol City Council, the Bristol Law Society and Andrew Langdon QC.

Unfortunately the Crown Prosecution Service was not able to offer any support or help – and this meant that the lawyers did not hear from prosecutors about their role, their independence and about the Code for Crown Prosecutors.

Seeing open courts, hearing from the police that practice has changed in the last 121 years, speaking with colleague English lawyers and learning how we seek to ensure an independent profession, coming to understand the importance of disclosure acted as an inspiration to the visitors. They developed clear proposals as to how to update the CrPC - proposing guidance on the power of arrest, the power to detain, the power to grant bail, the power to withdraw cases, the power to disclose witness statements and the power to exclude people from court. As well as ideas about judicial training and the importance of independence. If any of their proposals were acted upon this would transform criminal procedure in Myanmar.

Tharthi Myay continues to support lawyers and CSOs in their desire to bring about change. It has just published 'The Fair Trial Guidebook and the Criminal Procedure Code 1898: a commentary with recommendations' which complements and supports the aspirations and hopes of Myanmar lawyers.

Stephen McNamara worked as a VSO volunteer at the Yangon Justice Centre in 2017. He now works as a consultant with the Tharthi Myay Foundation. The Commentary on the Fair Trial Guidebook can be obtained from stephenmcnamara55@gmail.com.