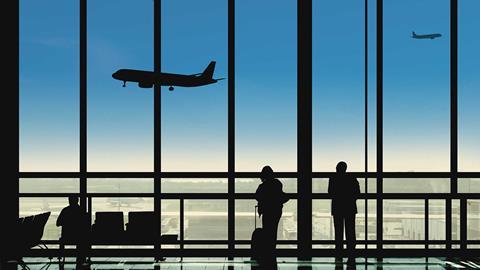 We know that the EU has had a torrid time during the coronavirus crisis. Member states have closed borders against each other, even within the Schengen area. Rows have broken out between north and south about the terms on which recovery money should be paid and spent. Many say that the pandemic is causing an existential crisis. 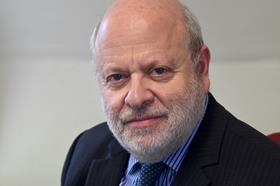 (This article is not about Brexit. It is about what lawyers need to know about the new measures that the EU is putting in place, to which I will come. The virus has exposed fault lines in all countries or unions of countries. The problems described above apply in different form to our country, too. Welsh police have threatened the arrest of English people crossing the Welsh border to undertake activities which are perfectly lawful in England, and the north of England is complaining about an imbalance in government spending during the crisis, in areas like transport and deprivation weighting, between north and south.)

But the EU is recovering its momentum in areas of which we lawyers need to be aware. We are still subject to EU rules during this crisis period – and maybe, although the government promises strictly to the contrary, for a period beyond the end of this year. At any rate, the crunch of cancellations and lockdowns has come during a period when EU law still applies to us, and so what the EU says about immediate recovery – as it did this week in relation to tourism and transport - continues to be of interest to lawyers.

Air and other travel is at the lighter, less complicated scale of measures. Passenger rights are among the most visible of EU benefits for EU citizens. But since even major airlines are on the brink of insolvency, the EU has had to choose between maintaining its principles on passenger rights and preventing the eventual recovery from being even more expensive.

As a result, it issued a recommendation last week to make vouchers a more attractive option for consumers following travel cancellations.

Travellers will still have the right to choose between vouchers or cash reimbursement. The voluntary vouchers should be protected against insolvency of the issuer, with a minimum validity period of 12 months, and be refundable after at most one year, if not redeemed. They should also provide passengers sufficient flexibility and allow the passengers to travel on the same route under the same service conditions or the travellers to book a package travel contract with the same type of services or of equivalent quality. They should also be transferable to another traveller.

The second area of interest relates to the contact tracing apps which many countries, including our own, are introducing to monitor the spread of the virus. Also last week, member states, with the support of the Commission, agreed guidelines to ensure cross-border interoperability between tracing apps, so that citizens can be warned of a potential infection when they travel around the EU. The guidelines expressly say that interoperability mechanisms should be made publicly available so that third countries (presumably including the UK) can access them in whole or in part.

Contact tracing apps throw up their own set of legal problems: data retention, privacy, and a potential threat to legal professional privilege (LPP).

The threat to LPP may seem remote, but communications data can reveal information which is legally privileged. The dates of communications between solicitors and their clients have been held to be privileged in the past because of the risk that their contents may be inferred (Gardner v Irvin (1878) 4 Ex D 49).

There is currently a debate in the UK about whether to choose the option where proximity data from the app is held in a centralised database (the government’s preferred option) or remains on the user’s phone (which is the Apple and Google version, which some countries are adopting). From the LPP perspective, the Apple and Google version seems better, even though it has other problems.

The European Commission is concerned only with interoperability, since the virus does not stop at borders. It wants EU citizens to be able to receive alerts of a possible infection in a secure and protected way, wherever they are in the EU, and whichever app they are using. Presumably, the UK may eventually choose to be part of the interoperable system.

But there is another and taxing question for solicitors on the topic of these apps: must solicitors notify their clients if they are using a contact tracing app, given the possible consequences for LPP? The SRA has a series of compliance guidelines during the current crisis, and maybe it can consider adding this one.

The immediate future looks clogged with new guidance on many aspects of our and our clients’ lives.