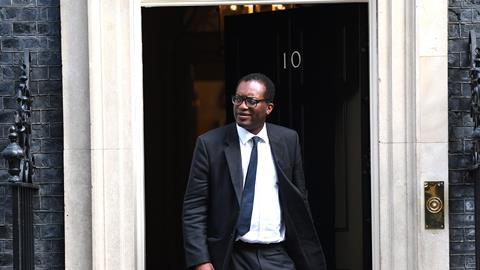 No, minister: Implying our judges are biased is economic vandalism

Just imagine if Downing Street started briefing that you couldn’t trust the ingredients which go into Scottish whisky. Or that the Tower of London was a bit overrated and tourists probably needn’t bother?

Now imagine that a minister – a business minister at that – goes onto the BBC to undermine a sector of the British economy worth £26bn. Except you don’t need to imagine it, because on yesterday’s Andrew Neil show business minister Kwasi Kwarteng described Scottish judges in the prorogation case as ‘interfering’ and stated that voters were ‘beginning to question the partiality of the judges’.

First, the judges who ruled against the government yesterday were not interfering, they were required to adjudicate on a matter brought before the court. Whether their conclusions were right is a matter for the Supreme Court next week.

Second, if this is what voters are starting to believe (and we need look no further than elements of the media to know why) then it’s incumbent on Kwarteng and his colleagues to disabuse them.

When Downing Street seemed to brief yesterday that anti-Brexit activists had chosen the Scottish court ‘for a reason’, this nonsense was quickly slapped down by lord chancellors past and present. Number 10 quickly backed down, but not before the seed was planted.

Efforts to undermine the rule of law and independence of the judicary are rightly snuffed out, but on an economic level Kwarteng and his dog whistle assertions are just as ridiculous.

The Commercial Court reported earlier this year that around three-quarters of its work is taken up by foreign litigants. They are drawn to this country because of the hard-earned reputation for giving everyone who comes here a fair hearing. That is because of the scrupulous and independent nature of our judiciary.

We undermine that reputation at our peril. It may serve certain political interests to question our judges, but even implying they could be swayed or influenced by bias is killing the goose that lays the golden egg. The world is watching, and will take its legal business elsewhere if we’re talking down our premium product.