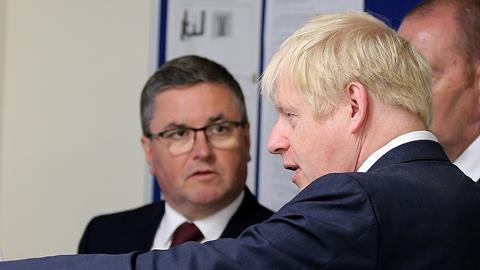 Lord chancellor Robert Buckland today appeared to hit back at Downing Street over briefings allegedly questioning the independence of the judiciary.

Buckland tweeted this morning after Number 10 reportedly hit out at Scottish judges over their ruling on the legality of the government’s decision to prorogue parliament. Lobby journalists said sources for the prime minister had noted the High Court in London came to a different judgment, and that legal activists had chosen the Scottish courts ‘for a reason’. The Sun’s political editor, Tom Newton-Dunn, said Downing Street had claimed the Scottish judges were ‘politically biased’.

The comments evoked memories of the Daily Mail’s infamous ‘Enemies of the People’ headline, which heavily criticised judges who ruled in the Article 50 case in November 2016. Former Lord chancellor Liz Truss was sunsequently castigated for her tardiness in defending the independence of the judiciary – one of her key responsibilities in the role.

By contrast, Buckland today responded almost immediately, tweeting: ‘Our judges are renowned around the world for their excellence and impartiality and I have total confidence in their independence in every case.’

It is the second time in a matter of days that Buckland has publicly addressed his responsibilities as lord chancellor. Rejecting speculation about his future and coming out in support of Boris Johnson, he said on Sunday: ‘We have spoken over the past 24 hours regarding the importance of the rule of law, which I as Lord Chancellor have taken an oath to uphold.’

Buckland’s latest intervention may have taken some of the sting out of the condemnation of the prime minister’s stance. Earlier today, one of Buckland’s predecessors Lord Falconer said the prime minister had to make a statement to counteract the ‘sewage’ coming out of Number 10. He also tweeted: ‘Lord Chancellor should put a stop to this nonsense immediately. Upholding the rule of law means ensuring government does not attack the judges for decisions the government doesn’t alike. Appeal if you don’t like it, don’t undermine the judges as if they were politicians.’

In a new development this afternoon, a spokesman for the prime minister insisted Number 10 did not think the Scottish judges were biased. Responding to The Sun's tweet, the spokesman also referred journalists to Buckland's own tweet on the subject.

President of the Law Society of England and Wales, Simon Davis, said: 'The role of judges is to interpret the laws that parliament passes. They do so impartially, without fear or favour. We should take pride in our system of justice that provides equality before the law. You only have to look around the world to see what happens when the rule of law begins to erode. I would urge influential voices – whether in the media or in politics, to avoid intemperate language and resolve to protect and promote the rule of law, supporting our judiciary, independent from interference.'