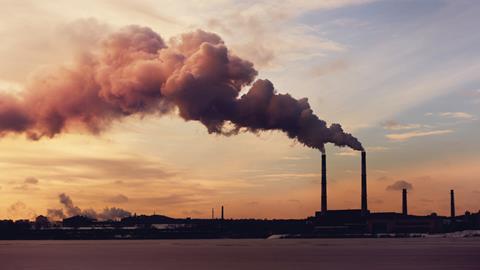 A remarkable court decision was recently published in the field of the legal struggle against climate change. The adjectives to describe it cannot be too exaggerated: landmark, pioneering, even life-changing. 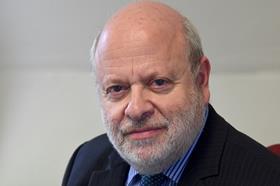 It comes from the Netherlands Supreme Court. But before we dismiss it as some foreign case with no application here, we should be aware that the court’s decision was based on something which does apply here: the European Convention on Human Rights (ECHR).

When I last wrote about climate change, which was not very long ago, I said that the essential question facing lawyers in this field was: is there a fundamental human right to a safe and stable environment? If there is, does the government have a duty to preserve it? At the time, there was no answer to these questions. Now, the Dutch Supreme Court has answered yes to both, basing itself on the ECHR.

The case was brought by a Dutch climate change NGO called Urgenda, which has a mission to contribute to sustainability and innovation. The case was first filed in 2013 on behalf of a group of some 900 Dutch citizens who wanted the government to move faster to reduce emissions, and, after wending its way upwards through the court system, the Supreme Court published its decision just days before Christmas.

Interestingly, there was little dispute between Urgenda and the Dutch state about the facts. To quote from the Supreme Court’s own press release, which was headed ‘Dutch State to reduce greenhouse gas emissions by 25% by the end of 2020’:

‘A major cause of rapid global warming is the emission of carbon dioxide and other greenhouse gases into the atmosphere. This is a source of great danger to life on earth. Both the Urgenda Foundation and the Dutch State are of the opinion that greenhouse gas emissions should be reduced quickly, and ultimately be discontinued almost completely, but they disagree on the speed at which this is supposed to happen. The Dutch State has a EU target for 2020 of a 20% reduction compared to 1990 levels. Urgenda, on the other hand, believes that, given the serious risks of climate change, the Dutch State’s target is not sufficient. Urgenda demands a reduction in Dutch emissions by at least 25% in 2020 compared to 1990 levels.’

The Dutch State argued that it was up to politicians to decide the rate of reduction of greenhouse gas emissions. According to the Supreme Court, however, the Dutch Constitution requires the Dutch courts to apply the provisions of the ECHR. It believes that this role of the courts in offering legal protection is an essential element of a democracy under the rule of law. The Dutch courts are responsible for guarding the limits of the law.

If this has echoes of our own recent Supreme Court case regarding the prorogation of parliament, it is interesting to know that, as the case moved up the judicial system, there were debates in the Netherlands as to whether the courts had overstepped the boundaries of their role within the governmental separation of powers, not least for transforming international climate modelling and non-justiciable norms into a binding order for the government. That is one of the reasons why the government appealed to the Supreme Court.

In the end, the court ruled that the Court of Appeal had been right to decide that the Dutch state is obliged to achieve the 25% reduction by the end of 2020, on account of the risk of dangerous climate change that could also have a serious impact on the rights to life and well-being of residents of the Netherlands.

The particular articles of the ECHR on which it relied for its view were article 2 (citing as an example the case of Öneryildiz v Turkey) and article 8 (for instance Tătar v Romania). These articles deal, respectively, with the right to life and the right to respect for private and family life. The Supreme Court noted that climate change risks may take a wide variety of forms, including sea level rise, heat stress, deteriorated air quality, increasing spread of infectious diseases, excessive rainfall and disruption of food production and drinking water supply.

The European Court of Human Rights publishes the most excellent guides to its own case-law, categorised by article. At present, the guides to articles 2 and 8 do not mention climate change (and the Dutch case was in any case not before that court). But I wonder how long it will take before the first cases based on the Dutch judgment will be making their way to the Strasbourg court, maybe from the UK if our own courts do not adopt the precedent which has been so boldly set by the Netherlands just a few weeks ago?