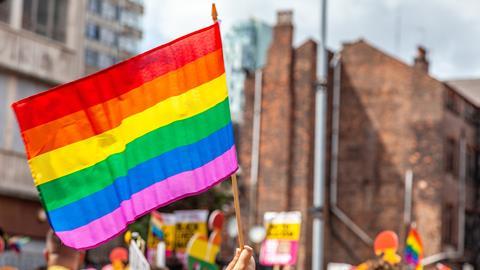 Pride in the law

A key aspect of the Law Society’s work is to engage and consult with its communities and maintain a dialogue with the profession to understand areas of concern, as well as acknowledging the key successes, within the sector. 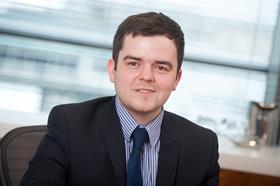 The Law Society has taken this aim on board by conducting a detailed survey into LGBT+ experiences and equality in the profession which was released this week as the Pride in the Law report.

The survey was launched during LGBT+ History Month in 2021 and sought to update the insight into LGBT+ equality in the legal profession and to capture the experiences of LGBT+ lawyers and LGBT+ allies.

This is an extremely important piece of work that collates both quantitative and qualitative feedback from the Law Society’s LGBT+ Lawyers Division.

The report paints a balanced picture of the current state of the profession, and highlights the fantastic achievements that have been made to improve LGBT+ equality and inclusion, but it also notes the hurdles we are still to face.

97% of LGBT+ respondents felt able to be themselves in their workplaces – either sometimes (44%) or always (53%), with gay men being most likely to report always (56%).

This contrasts with only 44% of bisexual respondents who felt they could always be out at work.

The majority of LGBT+ respondents in senior roles were out to colleagues at work. The open responses seemed to suggest that there is a perception that being out was easier at a senior level, with some respondents seeing their senior role as being a positive force for change.

Pressing issues in the workplace

Over half of the respondents (52%) stated that there was a lack of visible LGBT+ role models in their workplace, and this was an issue for them.

The open responses reinforced the idea that visible role models can help inspire and motivate colleagues by sharing stories of challenges and successes.

Interestingly, and maybe encouragingly, 42% of respondents indicated that they “do not think there is anything affecting” them in respect of their sexual orientation.

Hopefully, this shows strong signs that the initiatives put in place to improve LGBT+ inclusion are taking effect.

Dishearteningly, 37% of LGBT+ respondents had experienced homophobic, biphobia or transphobia in their workplace.

Only 18% of those who experienced such discrimination reported this to their employer.

The examples of bullying and/or discrimination range from verbal and physical abuse to long-term impacts of their career progression, therefore highlighting the day-to-day reality of some LGBT+ professionals in the legal sector.

The feedback also seems to suggest a chasm between the way different organisations deal with reported cases of discrimination. Some organisations take swift decisive action whilst others seek to diminish or avoid the complaint entirely.

Challenging homophobic, biphobic and transphobic behaviour, educating themselves on LGBT+ issues and visibly demonstrating support to LGBT+ equality were the most commonly cited things LGBT+ respondent thought allies could do.

Two thirds of respondents were a member of a LGBT+ workplace or professional network, with open comments suggesting networks were helpful for sharing experience and best practice, networking and meeting visible role models.

Where do we go from here?

The Pride in Law report is not the end of a Law Society project, but the beginning of valuable conversation each workplace can undertake in respect of LGBT+ equality and adds to its other research undertaken to gain a greater understanding about D&I in the profession.

Most recently, the Law Society published its Race for Inclusion report, which sought to understand the experiences of Black and ethnic minority solicitors at different points of their careers.

The data and open responses should provide a starting point for organisations to engage with their LGBT+ employees to acknowledge the improvements that have been made in the profession, but also to implement an action plan to tackle those remaining issues which negatively impact meaningful inclusion and true equality in the workplace.

Read the Pride in the Law report.

If you are interested in joining the Law Society’s LGBT+ Division then do so via your My Law Society account.