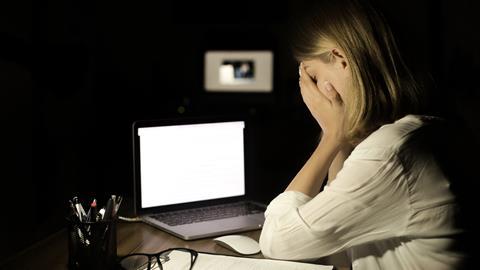 Prosecute the firms that force junior solicitors to cover up mistakes

For some time it has seemed as if increasing numbers of junior lawyers are being hauled through disciplinary prosecutions. Now it feels like a definite trend.

The past week's news has featured two different solicitors struck off and suspended, while another, Claire Matthews, has managed to secure a re-hearing after she was struck off last year. The common factor among all three is that they were inexperienced lawyers who acted dishonestly, be it sending a misleading email to a litigation opponent, signing documents on behalf of a colleague or – in the case of Matthews – telling her firm she had a briefcase with documents at home when she had actually left it on a train.

This piece is not to argue whether they have been treated harshly, although as an aside, in two of the cases it should be noted that the women were not represented at the tribunal. This is a point which has to be addressed: solicitors unable to pay for a lawyer should be provided with some form of representation at the tribunal, be that through an indemnity scheme or a fund paid for by the profession and administered by the SRA. It is simply unjust to have to go into a hearing against the regulator and its team of experienced lawyers with no-one to state your case.

As a wider issue, the profession must now look at how these junior solicitors are getting themselves into trouble and identify the root causes. So many of these cases involve a relatively minor mistake being made and individuals acting dishonestly to cover this up. But hauling them through the tribunal ignores what may be causing people to act dishonestly: the fear of coming clean to their bosses.

Let us be clear here: there is no suggestion that the firms involved in the three cases highlighted this week failed to properly supervise their staff. That accusation was never put to them by the regulator and there was no case for any to answer.

Compliance officers and firms are of course bound by SRA rules to ensure that employees comply with their obligations. Effective governance structures, systems and controls must be in place to ensure compliance.

But these requirements do not go far enough. It should be stated in the code of conduct that firms must provide a safe space for staff to admit to mistakes. There should be communication to all employees that support is available and that the consequences of whatever mistake was made are far less than the consequences of covering it up. Firms and compliance officers should coach junior members on how to respond to errors and whom to report to.

But we can go further. When a junior solicitor is investigated for dishonesty, there should be assumption that their firm must also answer to the SRA. If the firm has created a safe space for admitting mistakes and properly supervised staff – and yet still someone has lied to a client or to their bosses – then no action needs to be taken. But if any firm has fostered an environment where junior solicitors were too scared to come forward, then it should face prosecution too.

The current situation, where juniors are mercilessly thrown into the disciplinary process and left to explain themselves, feels instinctively wrong. If they were so terrified of telling their firm that they would rather jeopardise their career, the onus should be on that firm to show they had nothing to fear.