In recent years there has been increased awareness of the reality of domestic abuse and how it impacts and pushes victims/survivors to extremities. This is particularly post Sally Challen’s appeal, the criminal offence of coercive and controlling behaviour in 2015 and amendments to the Equal Treatment Bench Book. 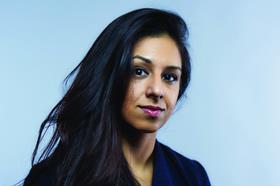 It is hoped the landmark Domestic Abuse Bill goes even further - especially as its aims include making the justice system more effective in protecting victims/survivors.

The harsh reality is that a number of those who suffer domestic abuse are trapped in a dual role in the criminal justice system, that of both victim and suspect. Conceptually it may be something we choose to ignore, but to do so is to fail in protecting this vulnerable group who are trapped in a ‘vicious cycle of victimisation and criminal activity’. Statistics highlight that nearly 60% of women in custody have been victims of domestic abuse.

Many lawyers working in police stations and courts recognise that vicious cycle. The types of offending driven by domestic abuse vary - from shoplifting to supplement an inadequate allowance from an abusive partner; being coerced into benefit fraud; holding a weapon or drugs for an abuser; or engaging in violent resistance.

The need for statutory protection for a ‘suspect’ who may also be a ‘victim’ is neither an alien nor an impractical concept. Section 45 of the Modern Slavery Act 2015 offers protection for victims of modern slavery, in a measured and specific fashion. It protects individuals who have been compelled to commit a criminal offence as a result of their exploitation, but is limited through excluding offences (Schedule 4).

The legal concept of duress is outdated. Take the example of a woman forced by her partner to drive a car whilst disqualified. Whilst driving, she is being punched by her partner who is in the passenger seat, making threats to kill her if she stops. The police stop this vehicle and the driver is prosecuted. Despite running duress, and despite her being viewed as credible, she is convicted (R v YS [2017] EWHC 2839).

Duress is ill-fitting in the prism of domestic abuse. It requires the threat of death or serious injury to be imminent. It doesn’t recognise psychological, sexual or financial abuse. There is no specific category for victims of ‘domestic abuse’. Instead ‘relevant characteristics’ have merely pathologized women, using outdated concepts of ‘battered woman syndrome’ and ‘learned helplessness.’ Duress fails to understand the basis for extinguishing culpability is the domestic abuse itself, rather than the mental health vulnerabilities caused as a result of abuse.

Self-defence also fails to understand and appreciate the context of violent resistance by a survivor of domestic abuse against their abuser. A jury may well conclude that a response was disproportionate without taking account of the long history of abuse. Self-defence doesn’t make allowance for the fact that domestic abuse is ‘entrenched, unpredictable and random’ (Janet Loveless).

I have been working with the Prison Reform Trust and other experts to develop proposals to amend the Domestic Abuse Bill by introducing two new provisions to protect victims/survivors whose offending is attributable to their experience of domestic abuse.

The first is a statutory defence modelled on Section 45 of the Modern Slavery Act 2015, which would provide equivalent protection to victims of domestic abuse who are compelled to offend. The second is an amendment to the law on self-defence, modelled on the provisions for householders in Section 76 of the Criminal Justice and Immigration Act 2008. This would allow survivors acting in self-defence against their abuser the same protection as householders defending themselves against an intruder.

These provisions should be accompanied by a policy framework, drawing on existing policies in place to support Section 45. It should include support for survivors and special measures to protect vulnerable defendants. Statutory guidance, training for criminal justice agencies and judicial directions would also be required. This would encourage earlier disclosure of abuse and access to support and help break the cycle of victimisation and offending.

There is already ample evidence of the inadequacy of existing defences. These proposals are closely modelled on provisions already in use in courts, offering effective protection for other vulnerable groups.

If such protection is afforded and recognised as necessary to householders and victims of trafficking, then why not to victims of domestic abuse?

If the government fails to take up this opportunity to establish effective criminal defences for victims of domestic abuse who offend, it must provide detailed reasons and a clear alternative course of action to redress current injustices.