Every day there are more signs that the government intends to reform the Supreme Court. 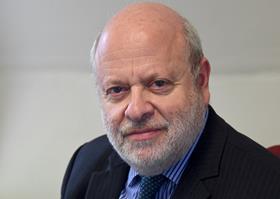 As just one example, the Daily Telegraph ran a comment piece last week, headed ‘Our overtly political judges are long overdue a moment of reckoning’. This cited the appointment of the new attorney general, who has recently said that the courts are too political, as an indication that there will be change ahead.

Other European countries have been reforming their court systems for political reasons – most notably Hungary and Poland – generating European court decisions, Council of Europe reports and action by the European Commission in an attempt to maintain the rule of law.

But I want to look at another historic example of a government that tried to reform its Supreme Court. This did not happen in a country where there had been a dictatorship within living memory, as with Poland and Hungary, but in one with a long democratic history: the United States. Its constitutional setup is very different to ours, of course, but there are resonances for us nevertheless.

Franklin D Roosevelt is now considered one of the greatest US presidents, having steered his country successfully through the Depression and World War Two. At the beginning of his first term, he launched the New Deal programmes to set Americans back to work and to restore prosperity after the 1929 stock market crash. 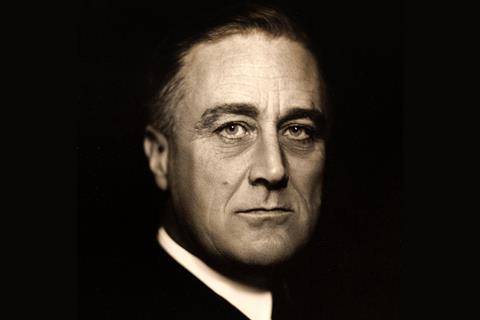 When Roosevelt won his second term, he decided to do something about the Supreme Court

The Supreme Court, however, declared several of these to be contrary to the constitution: such as the National Recovery Administration, which sought to create fair competition by bringing industry, labour and government together to create codes of fair practices and set prices; and the Agricultural Adjustment Administration, which sought to restore agricultural prosperity by curtailing farm production, reducing export surpluses and raising prices.

This was a severe blow to FDR, not unlike the blows administered by our own Supreme Court decisions to our previous governments in relation to Brexit. Although FDR was a popular president, winning an unprecedented four terms, he always faced strong resistance – he was a Communist, a fascist, a dictator, according to his opponents. FDR saw the Supreme Court’s decisions as an effort by nine justices to replace the government’s philosophy with their own, which has a familiar ring.

When Roosevelt won his second term, he decided to do something about the Supreme Court. He believed he had three choices: pack the court with liberal justices (which he initially found distasteful); amend the constitution to limit the court’s powers; or give Congress the power to overturn the court’s rulings.

He finally opted for packing the court. He proposed to add up to six justices to the court, one for every justice who had served at least 10 years and had failed to retire within six months after turning 70. The number of justices was not enshrined in the Constitution, even though custom limited their number to nine.

Despite his party, the Democrats, having substantial majorities of more than three-quarters in both houses of Congress after his second term re-election, FDR’s proposal created a firestorm. There were the usual cries of ‘Dictator!’ and predictions that this was the end of US democracy.

There were majorities against the changes in both houses, and, more importantly, the American people were not impressed. During this crucial time, more than 50% of voters were against the extra judges, and the court’s reform did not make the top nine issues of concern to them, according to opinion polls. Interestingly, maybe because the voters were not bothered about this as an issue, it made little dent in Roosevelt’s popularity. Eventually, given that FDR’s proposal did not have the votes in Congress, it quietly died and Roosevelt went on to win two more terms.

There is an interesting coda.

First, afterwards the Supreme Court began to hand down more favourable judgments to New Deal initiatives by a five-four majority.

Second, FDR was able to pack the court in a traditional way when five justices retired over the next three years. He replaced them with liberals.

Third, one of the supposed liberals whom FDR appointed turned out to be a lifelong member of Alabama’s Ku Klux Klan. But, during his subsequent 34 years on the court, he became one of the leading exponents of civil liberties.

And what is the lesson for us? Maybe it is that, even with a commanding majority, politically-minded reforms of the Supreme Court with the aim of getting your own way in future decisions are not very popular and do not register as a high priority with voters.