Shaping a legal aid system fit for the 21st century

We have reached a significant milestone on the road to legal aid reform. Launched today, the government’s consultations on the future of criminal legal aid and legal aid means testing pave the way for the most important changes in a decade. 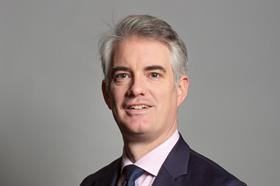 Our proposals will put criminal legal aid on a sustainable footing for years to come – for the benefit of defendants and victims, and all those who work in the system.

And they will make for fairer legal aid means testing, opening up civil and criminal legal help for millions more people across the country, providing more support to those who need it most.

I want to thank Sir Christopher Bellamy and his panel of experts for this important, thoughtful review, and all who contributed to it. And I particularly want to thank our legal profession, for their patience in getting to this stage, and their continued hard work and professionalism.

Criminal legal aid is a topic of much debate, and we have heard calls for both immediate investment, and the need to focus on future reform. Our proposals will do both. We are boosting the system where it is most needed right now, as well as setting it on the right track for the future.

That starts with significant investment to make sure that the profession is paid fairly. Sir Christopher recommended a 15 percent uplift to fee schemes, and we are proposing to do just that for the majority of schemes - as soon as possible.

Our planned reforms and investment across other areas will increase spending by up to £135m a year, in line with Sir Christopher’s recommendations. On top of our additional funding to support court recovery, this takes taxpayer support for criminal legal aid to £1.2 billion, the highest level in a decade.

But this is not just about an immediate cash injection. We want to reform fee schemes in the long term, so they properly reflect the work our legal profession is doing today, not when the schemes were first put in place.

For example, we want to boost pay for lawyers representing suspects in police stations, to tackle, as Sir Christopher put it, the ‘perverse incentive’ that encourages practitioners to wait and represent defendants in Crown courts because it pays better. This will improve the advice available in police stations and stop cases going to court unnecessarily, delivering speedier justice to victims.

Our reforms go much further than just the here and now. In the long term, we want to shape our legal aid system so it is fit for the 21st century.

We want to create a more modern, flexible system that reduces pressure on our courts – that provides swifter access to justice by making better use of early engagement.

And, if implemented, our changes will open the door for a more diverse range of practitioners – supporting a greater role in our justice system for CILEX professionals, and investing in solicitor training and accreditation, including higher rights of audience. We want to open up the legal profession to anyone with the talent to succeed – regardless of their background.

And our proposed Advisory Board will represent every part of the profession, helping to shape criminal legal aid policy moving forward.

These proposals will make a system that is better for victims and defendants, and better for everyone working in the system. They will give our criminal legal aid system much-needed long-term stability, and make sure that publicly funded criminal law practice is seen as a viable, fulfilling career.

I urge every part of the profession to get involved in our consultation – open for the next 12 weeks – so we can hear all voices and perspectives.

Given the scale of reform we are proposing and the complexity of the criminal justice system, it’s vital that we consult fully and fairly and that we give all interested parties, including those beyond the legal professions, time to engage.

These are landmark reforms - an opportunity to change our system for the better. We must seize it with both hands.