‘Should we kill all the lawyers?’

Rod Liddle hates lawyers. But the media controversialist’s claim that we live in a ‘juristocracy’ is well over the top.

Sunday Times columnist Rod Liddle’s new book, Selfish, Whining Monkeys – how we ended up greedy, narcissistic and unhappy, is a fizzing and fulminating polemic that is entirely in character. I read it in a sitting.

The Guardian’s Simon Hattenstone sums it up well: ‘Liddle rants about capitalism, the internet, language police, the Guardian of course, political correctness gone MAD, broken families, inequality. And most of all, he rants about the liberal elite he claims runs the country.

‘The real enemy within, he says, is this bunch – what he calls the bien-pensants, the faux left, who never have to deal with the downside of immigration, and simply benefit from the cheap labour and pretty eastern-European nannies.’

A former editor of Radio 4’s Today programme, Liddle is one of a small (and shrewd) breed of media controversialists who can be categorised as beyond ‘left’ and ‘right’, which maximises their appeal to commissioning editors. Nick Cohen is another. The pair are compelling in that they often wrong-foot the reader - you’re never quite sure what you’re going to get.

Some on the left reckon Liddle, also an associate editor of The Spectator, is a bigot and reactionary, eschewing (for example) political correctness and the language of multiculturalism. Some on the right think he’s a Red in the bed, always banging on about the evils of Big Capital and inherited privilege. I suspect he is perfectly content to be so perceived.

Liddle doesn’t like Mrs Thatcher, but he’s no fan of Shami Chakrabarti either.

The book is a provocative read and I agreed with rather more of it than I expected to. But you don’t care about that – let’s come to chapter 12, ‘Juristocracy’.

Referencing the rapid expansion of the legal profession in the last 30 years or so, Liddle argues that parliamentary democracy has been subverted by lawyers. ‘We are run these days by lawyers,’ he says… [progressing] from being a representative democracy to a fully fledged juristocracy. Less government by the people for the people than government by the lawyers for the lawyers.’

I’ll skip over his tired, ’Daily Mailygraph’ sideswipe at the ‘Compensation Culture’ (sic): he’s more interesting than that.

It’s certainly not because lord chancellors are primed to genuflect before the lawyer-lobby at every turn surely – that would be a tough argument to stand up these days. No, it’s rather because politicians defer to lawyers ‘when important stuff needs doing’.

Thus Labour torpedoed a parliamentary inquiry into the behaviour of bankers in favour of a judicial inquiry, ‘because it was implicitly assumed by all sides that a judicial inquiry carried more weight and had more substance’.

Perhaps so, but surely that is a failure of political will, rather than the fault of lawyers. Judges don’t commission themselves and politicians are quite at liberty to ignore their pronouncements. If judges have more credibility than MPs, perhaps that’s because they don’t build duck houses on the taxpayer’s dime.

Judges are also fantastically ‘unrepresentative’ of the population at large. Undeniable. But how ‘representative’ and diverse is the whip-cowed House of Commons, its ranks crammed with erstwhile spads, trustafarians (and, for that matter) lawyers? MPs toe the party line, too, as a rule. 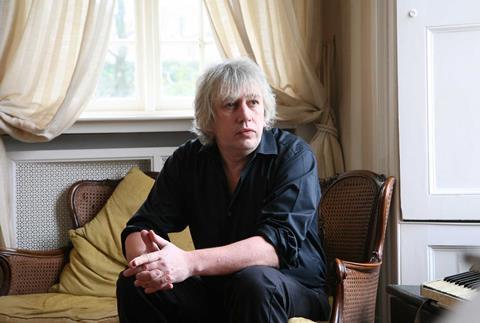 Liddle describes judges as ‘chief prosecutors for the Establishment… high-earning, white middle-class men’. Mmm. A bit like the Commons then. A humble MP’s pay is well over three times the national median, with lavish allowances on top. Just 22% of the 2010 intake were women, and only 4% BME.

And does he really want us to vote judges in and out? Think about that for a moment.

I share his disquiet. But perhaps he needs reminding of what the peerless sitcom Yes Minister’s Jim Hacker said when trying to wangle a doctor of laws for himself at a drunken Oxford dinner: ‘You don’t want to make a judge a doctor of laws! Politicians are the ones who make the laws! If it wasn’t for politicians, judges wouldn’t be able to do any judging! They wouldn’t have any laws to judge! They’d all be out of work! There’d be queues of unemployed judges! In silly wigs!’

Blame the politicians, in short.

He is also annoyed that ‘the courts do little to advance social justice’ (not their job) and says their ‘soft-left’ agenda is ‘tilted against the working class’ by being ‘soft on the burglar and anti-social yob’.

Really? Liddle ought to look at some of the sentences meted out to burglars and anti-social yobs in that mythical Golden Age of authority, the 1950s. Suffice to say it was a good time to be a Teddy Boy in possession of a bicycle chain. People convicted of petty crimes, such as theft or handling stolen goods, are now three times more likely to be imprisoned than they were as recently as 1991.

And that’s what the Daily Mail says. Our prisons have fewer beds than our hospitals do.

Liddle is more convincing when he argues that one reason for the growth in the number of laws and lawyers is that they fill a vacuum created by the gradual evaporation of social cohesion – itself a consequence of the baleful moral relativism he ascribes to the ‘faux left’. A smaller proportion of us today instinctively ‘know’ what is right and what is wrong, he argues, and our selfish individualism crowds out those instincts even when we do.

This is brief respite however. Liddle quickly returns to the attack in chapter 12’s last paragraph: ‘Listen, I know, I know – there are some nice lawyers, some good lawyers. Four, in fact.’

Incidentally, the headline of this piece is not clickbait, but rather the first sentence of chapter 12. Liddle started as he meant to go on… .