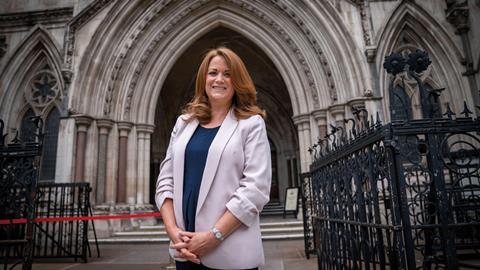 Showing the workings of the family court

‘There must be a way of allowing openness so that people can see what we do, understand what we do… and yet maintain the anonymity of the individuals involved,’ the president of the High Court Family Division told the Commons justice committee this month. 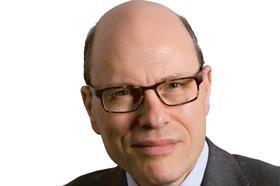 As Sir Andrew McFarlane explained, it was no longer tenable to say that everything had to be kept out of the public gaze just to protect someone’s identity.

He offered no examples. But when Mrs Justice Lieven allowed Andrew Griffiths, Conservative MP for Burton from 2010 to 2019, to be identified as a man who had used coercive and controlling behaviour to ensure that his wife submitted to his sexual demands, she was clearly right to reject the former MP’s request for anonymity – even though naming him would make it easy to identify the infant child whose welfare was the court’s main concern. Lifting most reporting restrictions on the case last month, the Court of Appeal agreed that ‘there was a specific public interest in the publication of this particular judgment, showing the Family Court working effectively in this difficult context’.

The proceedings began in 2018 when Griffiths, by then separated from his wife Kate (pictured above), asked the court for an order allowing him to spend time with their child.

Judge Williscroft, sitting in Derby, found that Griffiths had abused his wife both verbally and physically. The judge decided on the balance of probabilities that he had raped her on more than one occasion by initiating intercourse while she was asleep and so unable to consent.

No reporters could cover the fact-finding judgment issued by Williscroft in 2020: nobody would have known that the case, listed anonymously, involved a former MP. Griffiths had lost his job as a government minister in 2018 after it was revealed that he had sent hundreds of sexually explicit messages to two constituents. He was not reselected by his party for the 2019 general election and Kate Griffiths won the seat in his place.

Two reporters, Brian Farmer and Louise Tickle, did some digging and asked the High Court for permission to report Williscroft’s judgment. Lieven granted that application, allowing the parties to be named but preserving the anonymity of their child. Publication was put on hold until the appeal judgment last month.

Lieven had to respect the child’s right to privacy. But that was limited: a three-year-old had no access to social media.

The child’s privacy rights had to be balanced against the principle of open justice: there was a strong public interest, said the judge, in the public knowing about a judicial finding against a former law-maker who had served as a minister.

Griffiths told a newspaper that the inappropriate texts he sent in 2018 had followed a mental health crisis. But Williscroft found that he had been sexting seven years earlier. In those circumstances, reporters had a right to set the record straight.

And there was a broader interest in publication. Victims of domestic violence were often unwilling to come forward. There was a ‘real benefit in a judgment such as this being brought to the public’s attention to show the workings of the Family Court in a transparent fashion’. It was ‘exceedingly rare for judgments to be published where there have been findings, not challenged on appeal, of domestic abuse, including coercive and controlling behaviour’.

I dropped in briefly on the former MP’s appeal hearing last November. Three judges  sat in open court but Tickle and Farmer, the respondents, had scrupulously observed the anonymity requirements and I had no idea who the case was about. In their reserved judgment, Dame Victoria Sharp, Lady Justice King and Lord Justice Warby said that Lieven’s approach and conclusions had clearly been correct. If anything, the judge had slightly undervalued the mother’s right to tell her story, given two unusual features of the case: Griffiths was not challenging Williscroft’s findings and he was not claiming privacy rights for himself.

But there are still some reporting restrictions in force. The Court of Appeal judges referred to ‘the disclosure by [Richard] Clayton QC of some of the appeal papers in circumstances that appear arguably to fall outside the scope’ of what was permitted by the Family Procedure Rules. The issues this raised would be dealt with separately, the court said.

Lieven rightly concluded that it was important for the public to see a judgment ‘where a powerful man is held to account in respect of abuse of his female partner’. Though the final ruling was reported by national and local news outlets, the timing meant that coverage was not as extensive as the judges had hoped.

But if the courts had not chosen to take the path of openness, this sad but important case would not have received any of the publicity it so richly deserved.