A year ago this week, the government published its Prisons and Courts Bill. Liz Truss, who was lord chancellor at the time, said the bill ‘introduces a new online court which will enable people to resolve civil claims of up to £25,000 simply and easily online’.

The reality was a little different. Truss’s bill would have created an online procedure rule committee to make rules applying both to courts and tribunals. Specified proceedings would have to be ‘initiated by electronic means’. Once started, these proceedings could be ‘conducted, progressed or disposed of’ electronically.

So that would, indeed, have been an online court. But the proposed legislation was not confined to small claims. It was fundamental to a much larger court reform programme in which the Ministry of Justice is investing £1bn. 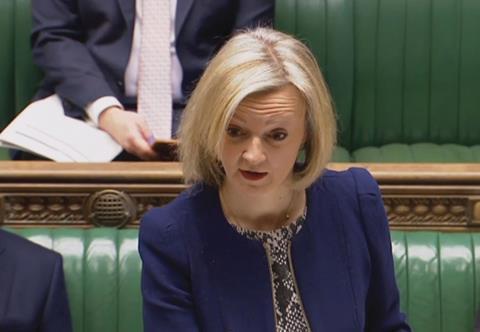 Welcoming the Prisons and Courts Bill last April, the then lord chief justice and the current senior president of tribunals said that some parts of the reform programme would not be possible without it. ‘For example, legislation is necessary for some of the reforms to the criminal justice system that increase flexibility and remove unnecessary hearings, such as extending the use of audio- and video-link technologies and enabling a defendant (if they so elect) to engage with the court online using the common platform.’

Everything appeared to be going smoothly until 18 April, when Theresa May unexpectedly called a general election. The bill lapsed when parliament was dissolved and none of it became law. But legislation ‘to modernise the courts system’ was announced in the Queen’s speech on 21 June, so it seemed to be just a case of waiting for the bill to be reintroduced.

Eight months on and two justice secretaries later, we are still waiting. HMCTS, the courts and tribunals service whose officials are responsible for implementing the reforms, tell me they have no idea when the bill will be back before parliament. Other sources say they have been told to expect a bill dealing with the criminal courts around Easter and a separate measure setting up the online rule committee for civil cases later in the year.

In the meantime, HMCTS is pressing ahead with plans to digitise many of its court processes. Some of the reforms have made good progress without legislation. For example, the common platform developed for criminal cases has now enabled cases to be listed for trial in Liverpool on the strength of a single electronic case file to which police, prosecutors, defence lawyers and the court all have appropriate access. At the other end of the scale, fare evasion cases are now being processed in bulk using the single justice procedure at Lavender Hill Magistrates’ Court in London.

There is also progress on the civil side. Selected applicants for probate and divorce, as well as people bringing small money claims, are taking part in live pilot schemes. But we have very little evidence of how effective these pilots are.

Shortly after the general election last June, I asked HMCTS for a briefing. Ministers and officials had helped me on two previous occasions with a paper I am writing on the reforms. This time, I was told that nobody would speak to me, a decision rescinded only at the end of last month. Meanwhile, Professor Dame Hazel Genn, the UK’s leading authority on socio-legal studies, was finding it equally difficult to find out what research was being conducted into the reform pilots. She too has found HMCTS rather more communicative since Dominic Raab MP ceased to be the minister responsible for court reform.

HMCTS has user engagement groups. It is putting on a series of roadshows for lawyers and other professional users. But development of the new online services would have been much more effective if HMCTS had built in a research function and had consulted more widely with outsiders. Once you see the online pages that are being tested on court users, you notice how badly worded some of them are. I shall be showing examples in my Gresham lecture in London tomorrow evening (all welcome; no tickets).

I found a much more open approach in the Canadian province of British Columbia, which I visited in December to conduct research for the Legal Education Foundation. The province’s groundbreaking civil resolution tribunal asks users to rate its pages and online advice services with up to five stars. Officials tell me they find users’ comments invaluable in designing improvements.

And there is a more fundamental difference. As its name suggests, the civil resolution tribunal encourages users to resolve their disputes – treating access to the courts as very much a last resort. Such a radical change may or may not be desirable in England and Wales. But it is a debate we are yet to have here. Just like the one on the Courts Bill.