In professional terms, there are three categories of interest for solicitors in the recently announced trading mandates announced by the UK and the EU: lawyers’ practice rights; civil justice cooperation; and criminal justice and security cooperation. 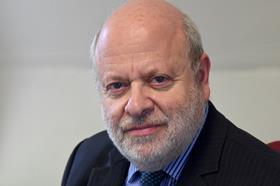 The Law Society has always seen them in that order, too. Practice rights are understandably the most important, concerning the ability of solicitors to conduct transactions freely cross-border into the EU or within the EU.

Second in priority has come civil justice cooperation, for instance the maintenance across the EU of mutual recognition and enforcement of judgments and respect for choice of jurisdiction clauses in civil cases (the Brussels I Regulation). That has impact across a range of subject areas.

Finally, there is criminal justice and security cooperation, which has usually been seen as containing more interest for the government.

But we now see from the newly published UK and EU mandates that the order is reversed: criminal justice and security cooperation is the one area on which both sides agree the most strongly, and on which there is most likely to be an agreement by the end of the year.

There is nothing in the published mandates about civil justice cooperation, and precious little in respect of practice rights.

To begin with practice rights (which fall under professional and business services in the texts below), here is what either side says.

The UK says: ‘the Agreement should include measures to minimise barriers to the cross-border supply of services and investment, on the basis of each side’s commitments in existing FTAs. In areas of key interest, such as professional and business services, there may be scope to go beyond these commitments.’

The European Commission says much more in its recommendation, among which is: ‘These provisions should aim to deliver a level of liberalisation in trade in services beyond the parties’ WTO commitments and taking into account existing union free trade agreements … The provisions on services and investment should cover sectors such as professional and business services …’

The problem, as one expert has pointed out, is that none of this means much:

‘Exceeding the levels of commitments in GATS isn’t hard, as they’re extremely minimal. Taking into account the EU’s existing FTAs (which also do virtually nothing) isn’t exactly a positive sign either … it’s worth not getting too excited. The gap between a sector type being covered by an FTA and that commitment actually ensuring any kind of meaningful access on competitive terms is huge.’

The Law Society has already drawn attention to the inadequacies of a free trade agreement for legal services: ‘Historically, FTAs have not delivered substantial legal services market opening in the EU. Should the UK choose to pursue this model then several important rights and provisions for UK lawyers and their clients will not be automatically guaranteed’.

It is true that both mandates foresee a future framework for discussions on mutual recognition of qualifications, but that it likely to be a long slog, with outcomes years in the future.

But it is on criminal justice and security cooperation that there is the most interesting detail. Both sides strongly want a deal. But their views on how it should be achieved clash mightily.

The UK says: ‘The detail of such an agreement must be consistent with the Government’s position that the CJEU and the EU legal order must not constrain the autonomy of the UK’s legal system in any way.’

The EU, however, says that the partnership should be conditional on the European Convention of Human Rights (ECHR) continuing to be enforceable in the UK, and on the UK having an adequacy decision with the EU in respect of data protection. If either of these conditions is not met, including if the CJEU declares the inadequacy decision invalid, then the deal on criminal justice and security cooperation should be suspended or terminated.

That is quite a wide gap. Who will win that battle?

To summarise amid all the noise, there is precious little for lawyers likely to emerge from the coming 11 months of negotiation. We are a part of professional and business services, more important to the UK than to the EU, and likely to be dropped when the going gets really tough.