Sprawling Prisons and Courts Bill is an indigestible mess

No wonder MPs can’t properly scrutinise this key bill – there’s just too much to take in.

An all-you-can-eat buffet is rarely a pleasant experience. Sure, there’s that glorious moment when you take in the full array of slightly iffy food, before filling your plate and scoffing for 20 minutes until your stomach sets off the first warning system.

The problem with too much choice is you can’t find what you really want and inevitably struggle to digest what you have. The Prisons and Courts Bill is the kind of buffet that should come with a health warning.

A sprawling, stodgy and complex platter, in which every justice policy you can think of is up for grabs.

We have prisons reform, judicial appointments, court processes, online guilty pleas, a civil justice overhaul and – if that wasn’t enough to give you bellyache – personal injury reform thrown in as dessert.

Any one of these issues could be subject to legislation on its own. Reoffending costs society £15bn a year and rates are three times those found on the continent. Last year 119 people took their own lives in prison. 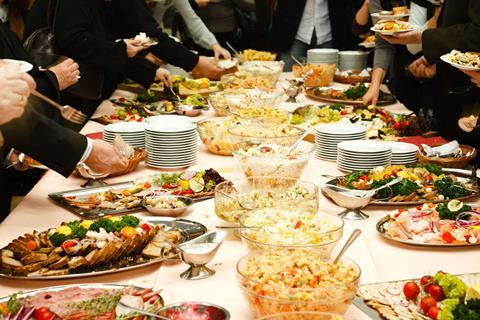 A sprawling, stodgy and complex platter

Reform of our prisons should not be an element of one bill; it should be a main course. Instead it is just part one of six.

Similarly, other issues of major importance are tucked away in this gargantuan piece of legislation.

The abolition of local justice areas, advent of the online court, composition of tribunals, live links in court proceedings, the prohibition of cross-examination in person in family cases. All major discussion points: all reduced to a single entry out of the 72 in total.

Personal injury lawyers fighting the proposed tariff system will hardly be heartened to see their cause so far down the list of measures: in buffet terms this aspect is on a par with the steamed vegetables that will barely be eaten.

To put into context, the Brexit bill runs to 140 words in total: the Prisons and Courts Bill musters 160 pages. Mercifully that's far short of this week's Finance Bill's 762 pages, but to watch the second reading debate on Monday was like flicking through the channels on Freeview. There was a call for radical prison reform – flick – then a protest at tokenism in judicial appointments – flick – perhaps a clampdown on claims management companies – Philip Davies – flick.

For a debate lasting five hours, the content seemed curiously hollow. Nothing was covered in sufficient detail, with MPs picking and choosing the dishes they each fancied but unable to taste everything.

The result? An aching stomach but no satisfaction. Nothing could be properly digested and key topics passed without hardly a word of examination. The cynic in me might suggest that was the aim all along.