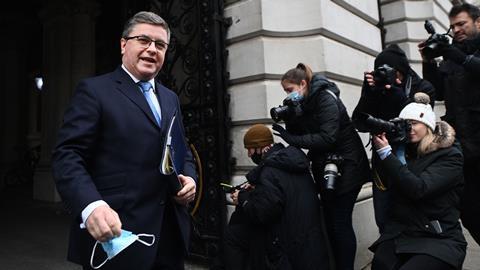 Summary of Whitehall submissions to public law review? No thanks

After about the fourth or fifth rejection to my Freedom of Information request, I started to get the picture. ‘Yes, we [insert any government department] made a submission to the Independent Review of Administrative Law’s call for evidence. No, you can’t see it.’

Lord chancellor Robert Buckland said contributions to the call for evidence quoted in the report were being published. Other public responses will be published next week. But government submissions? These will be ‘summarised’. Buckland says the summary will give everyone a ‘clear view’ of the submissions ‘but in a way that is consistent with collective Cabinet responsibility’. How will we know the government's summary does indeed give a clear view of the submissions? Answer: we won't know.

So what can we glean from the Faulks report about what Whitehall departments have said? Here are a few things.

The Home Office spent over £75m in 2019/20 defending immigration and asylum JRs and associated damages claims but recovered £4m ‘in terms of its own costs, much of which will be written off in future years given the difficulty in recovering debts from those who bring such challenges’.

One department told the review: ‘The prospect of judicial review can sometimes result in a risk averse attitude and overly risk-averse advice to ministers on policy options as well as on consultation. This can lead to unnecessary consultation, an overly long consultation, or one that is not targeted (for example a full public consultation when only a more limited one is needed).’

The Foreign, Commonwealth and Development Office commissioned specialist junior counsel to undertake a survey of judicial review claims against the FCDO and Department for International Development over the past 40 years.

Government departments expressed ‘strong views’ on the JR claims they each had to address and expend resources on.

In one case, the Department for Work & Pensions estimated that the work of discharging its duty of candour cost £380,000.

And another department asked whether there ‘could be an opportunity to consider whether the breadth of litigation disclosure options, as compared with FOI where parliament provided exemptions balanced against the public interest in disclosure, should be revised’.

Cabinet collective responsibility is defined as a constitutional convention in parliamentary systems that members of the cabinet must publicly support all governmental decisions made in cabinet, even if they do not privately agree with them.

Fair enough, but surely cabinet collective responsibility was suspended when the review panel included questions for government departments in a public call for evidence?

Should government departments, who respond to questions posed by an independent review in a public call for evidence, be required, if asked, to disclose their submissions? Whitehall and I disagree on the answer. Perhaps - ironically given the purpose of the proposed reforms - we could ask the court.