Is judicial overreach a threat to the rule of law and effective government?

Recent decisions by the Supreme Court ‘confuse the rule of law and legality with the rule of judges’, according to John Finnis, emeritus professor of law and legal philosophy at Oxford. In a lecture at Gray’s Inn last autumn, he accused senior judges of stretching the law beyond what parliament had intended.

The only mitigation Finnis offered was that counsel regularly conceded points that should have been argued and accepted.

I took issue with Finnis at the time, suggesting that judges were at least as interested in doing justice to the litigants before them as they were in mechanically interpreting statutes. I received a dusty response from someone who had clearly heard it all before from generations of idealistic students.

But this was more than just an academic argument with an argumentative academic. Finnis was introduced by the lord chancellor Michael Gove. His lecture was sponsored by Policy Exchange as part of what the right-leaning thinktank calls its Judicial Power Project. This aims to ‘understand and correct the undue rise in judicial power’. It argues that ‘judicial overreach increasingly threatens the rule of law and effective, democratic government’.

The project’s central idea is that ‘decisions of parliament ought not to be called into question by the courts and that the executive ought to be free from undue judicial interference which fails to respect political judgment and discretion’. It claims that ‘the rise in judicial power within the United Kingdom has taken place without sustained public debate’.

I am all in favour of public debate. And I fully support the supremacy of parliament. But I am not persuaded by the project’s broader thesis, summed up by Lord Brown of Eaton-under-Heywood, the former Supreme Court judge, as a ‘tendency towards judicial supremacism’.

That was his view of the majority decision last year in Evans v Attorney General, the case in which the Supreme Court overturned a veto by the attorney general and allowed publication of letters written to government ministers by the Prince of Wales. 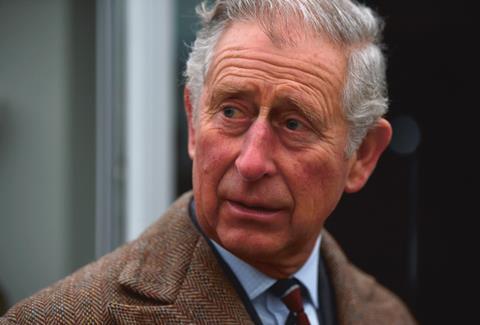 Disclosure of so-called advocacy correspondence had previously been ordered by judges in the upper tribunal. The government did not appeal. Instead, the attorney general said the government had ‘reasonable grounds’ for refusing disclosure under section 53 of the Freedom of Information Act 2000. This provision appears to allow the attorney general or a cabinet minister to override the decision of a court.

Rob Evans, the Guardian journalist who had requested the prince’s letters, argued that the power to overrule a judicial decision should, as a matter of constitutional principle, be interpreted restrictively. That argument found favour with five of the seven judges who considered the case in the Supreme Court.

Lord Neuberger and two of his brethren thought a law that entitled a minister to overrule a judicial decision would cut across two constitutional principles. The first was that, subject to being overruled by a higher court or by statute, judicial decisions could not be set aside by anyone – ‘least of all the executive’.

Second, with few exceptions, ministerial decisions were reviewable by the courts. Neuberger said the attorney general’s interpretation of section 53 ‘flouts the first principle and stands the second principle on its head’. The courts would decline to hold that parliament had intended to interfere with fundamental rights unless it had made its intentions crystal clear.

Neuberger’s decision to quash the attorney general’s veto was supported on different grounds by Lord Mance and one other judge. Their view was that the attorney general had not demonstrated reasonable grounds for overturning the upper tribunal’s decision. The remaining two judges dissented, with Lord Wilson accusing others of rewriting section 53 rather than merely interpreting it.

The head of the Judicial Power Project is Richard Ekins, associate professor of law at Oxford. With Christopher Forsyth, professor of public law at Cambridge, he has published a powerful attack on the the majority decisions in Evans.

Viewed from the cloistered world of academia, the judges’ reasoning may indeed appear contrived and unconvincing, perhaps even unconstitutional. But it is naive to think that every act of parliament is the distilled essence of representative democracy. Sometimes it is merely what the government can get away with. And the judges’ message is a persuasive one: if ministers want to cut across constitutional principles they must make this clear in advance.

Ekins and Forsyth regard Evans as a ‘wayward’ judgment that should be overturned by parliament. They have even drafted a bill they think would do the trick. But, whatever ministers may think of uppity judges, the government has avoided direct confrontation. In perhaps a tacit acknowledgment that parliament went too far in 2000, legislation was passed in 2010 that simply exempted the Prince of Wales from future freedom-of-information requests.

Parliament may be sovereign – but the courts are supreme.