A card player and a parish priest test the definition of cheating.

Cheating is easy to recognise but difficult to define. Two very different examples of it were identified by the courts last month. The first involves Phil Ivey, a professional gambler regarded by many as the best poker player in the world. In August 2012, Ivey (pictured below) won £7.7m at Crockfords Club in Mayfair. But the casino accused him of cheating. It refunded his £1m stake and refused to pay his winnings.

As Ivey freely admitted, he had used a technique known as ‘edgesorting’. Nobody at Crockfords had heard of it before. But then the casino’s head of compliance remembered a conjuring trick that his grandfather had performed. That proved to be the vital clue.

Ivey was playing Punto Banco, a variant of Baccarat. For the benefit of Gazette readers who are not to be found gambling away their client accounts at the gaming tables of Europe, I should explain that players are at an advantage if they can identify cards with a face value of 7, 8 or 9.

Cards are dealt face down from a ‘shoe’ containing six or eight packs. They are then turned face-up so that their values can be read. The cards are then turned over and may be shuffled and dealt again.

What Ivey did was to persuade the dealer to rotate cards with a face value of 7, 8 or 9 through 180 degrees before they went back into the shoe for reuse. He did so by claiming that those cards were lucky. Casinos are notoriously willing to accommodate quirky requests by punters.

What the casino did not know was that Ivey could identify the rotated cards, face-down, the next time they came out of the shoe. That was because the pattern on the back of each card was not quite symmetrical. A sharp-eyed person could spot tiny differences between the two long edges. 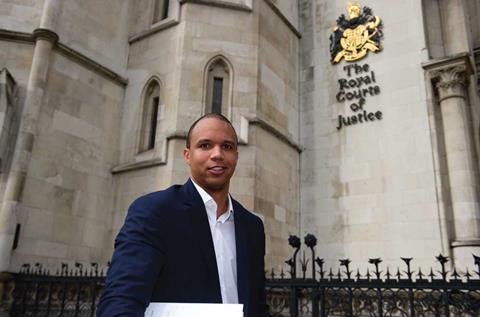 Was this cheating? Or, was it, as Ivey claimed, legitimate gamesmanship? There was no case law on the subject before he sued for his winnings. Gaming contracts were unenforceable from 1845 until 2007 and his was the first claim since the Gambling Act 2005 had taken effect.

After referring to statutes passed under Charles II and Queen Anne, Mr Justice Mitting decided that Ivey was giving himself an advantage over the dealer, who ‘did not realise the consequence of what she had done at his instigation’. At common law, he concluded, that was cheating. Whether it might also amount to the new cheating offence in the Gambling Act was something he had no need to decide.

Ivey had gambled on the courts and lost. No doubt he can afford it. But the other alleged cheating that came to light last month has cost taxpayers hundreds of thousands of pounds.

Nathan Ntege was parish priest of St Jude’s in Thornton Heath, south London, from 2007 until his arrest in 2011. The vicar was accused of running a fake marriage ‘conveyor belt’ that allowed nearly 500 illegal immigrants to stay in Britain. He denied defrauding his diocese of £69,000 in fees. Ntege and six other defendants also denied charges under the Immigration Act.

The case was investigated by the now-defunct UK Border Agency and prosecuted by the CPS. More than 30 days into the trial at Inner London Crown Court, Judge Madge decided that the case was an abuse of process and stayed the prosecution against all defendants. Two immigration officers at the heart of the prosecution had ‘deliberately concealed important evidence and lied on oath’, the judge said. ‘The prosecution should not be allowed to benefit from the serious misbehaviour of the officer in the case or the disclosure officer.’

Anyone unfamiliar with the criminal justice system might be surprised to find that prosecutors are required to let defendants see material ‘which might reasonably be considered capable of undermining the case for the prosecution against the accused or of assisting the case for the accused’. But, as the law lords said in 2004, ‘bitter experience has shown that miscarriages of justice may occur where such material is withheld from disclosure’.

Prosecutions are not only halted where a court decides that it would be impossible for the accused to be given a fair trial. They may be thrown out when it offends the court’s ‘sense of justice and propriety’ to try the accused or when a trial will undermine public confidence in the criminal justice system.

That was what happened in Ntege’s case. Officers withheld video recordings made while he was arrested and had tried to hide their existence, the judge said. They also concealed other evidence.

Three immigration officers have since been suspended and the case has been referred to the Independent Police Complaints Commission. Cheating the system, if established, can have grave consequences.