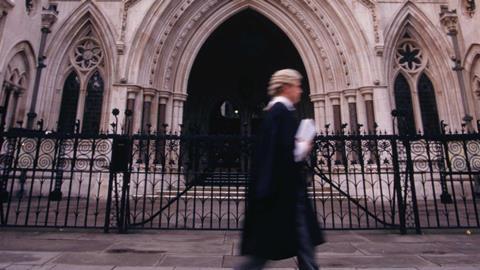 The end is nigh for barristers. Again

The bar is officially ‘on the brink’. Rising costs, falling fees, cuts to legal aid and delays to payments are threatening the livelihoods of barristers across England and Wales – or so says a report by information provider Lexis Nexis, which balks at what it sees as misguided optimism. How can barristers be so bullish, it asks: doomsday is coming!

The problem is, we’ve been waiting for doomsday since the millennium.

For LexisNexis and many other legal commentators, barristers fall into the same category as giant pandas, surviving on a single food stuff and being overly picky about their partners. Barristers need to diversify their practices and join with solicitors to create a new breed of law firm, they argue. If they don’t adapt to the modern age they’ll become extinct.

Meanwhile, barristers and pandas carry on much the same as usual.

A trip into the Gazette archive reveals that commentators have been predicting the demise of the bar for at least 20 years. In 2000, the Gazette published an article titled ‘Diversification day – with income falling for some barristers and merger fever gripping chambers, is the bar coming to terms with competition and has it a future at all?’. The article reported falling salaries among barristers and predicted the ‘inexorable rise of the solicitor advocate’.

Ten years later, following updates to alternative business structure regulation, critics speculated about the changing relationship between solicitors and barristers, and in 2016 a merger between two commercial sets sparked questions about the chambers model.

However, few of these predictions came to pass. Barristers shunned the idea of setting up alternative businesses structures with non-lawyers owning part or all of the firm (one of the few firms thus created went into administration last year). Meanwhile, barristers continue to dominate the judiciary and snap up Queen’s Counsel appointments, and swaths of students still battle for pupillage.

Barristers themselves remain chipper, with their answers to LexisNexis’s questions jostling against the report’s conclusions. Of the 768 barristers surveyed, almost 70% believe their practice will grow or remain stable in the next five years, and 73% reported that their practice is either stable or growing compared with three years ago.

Meanwhile, chair of the Bar Council Amanda Pinto QC tells the Gazette she is optimistic about the bar’s future. ‘Do I think it’s going to stay around? Yes, I do. And the reason I’m optimistic is because I think the bar has an absolutely crucial part to play in the justice system. We’ve got an extraordinary reputation for excellence overseas and we are a really important feeder for the senior judiciary,’ she says.

Happily, in 2016, giant pandas were regraded from ‘endangered’ to ‘vulnerable’. Maybe it’s time to take barristers off the endangered species list as well.