The law is the boss, Sir Stephen

Perhaps Sir Stephen Laws’ article of 8 November is an illustration of the trouble that awaits judges who annoy the political establishment. The piece condemns the Supreme Court’s 2019 prorogation decision in the strident terms of a political polemic rather than those more usually applied to legal debate. 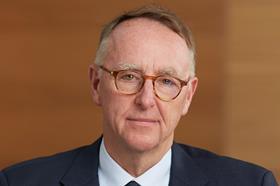 The Supreme Court, it is alleged, fundamentally failed to understand the working of the UK’s ‘political constitution’ in a way which continues to be highly significant for the ‘political world’. The legal reasoning of our highest court was a ‘debacle’. Subsequent commentary by an ex-president of the court (who was not involved in the decision) is described as ‘mythmaking’ and confecting an ‘implausible fantasy’ and advancing ‘fantastical misconceptions’.

The comment which appears to have exercised Sir Stephen so greatly was to the effect that if the law were excluded from prorogation decisions, the prime minister might decide to send parliament away for two years without recourse.

In a passage reminiscent of many a response to sound legal advice, Sir Stephen effectively says that such a point is silly because in practice that would never happen. Eventually, without a sitting parliament, a government would run out of money, the errant prime minister would be talked out of such a move by the Queen, or it may be assumed that a prime minister would only act in such a way as a prelude to a general election in circumstances in which the executive was more in step with the electorate’s wishes than MPs.

Sir Stephen obviously has great faith in the integrity of both present and future holders of prime ministerial office and the future power and beliefs of our constitutional monarchs. In an echo of a previous age, he even regards the failure to assume that Her Majesty would ride to the rescue as ‘discourteous’. History and the experience of other countries (including those who inherited our constitutional system) are not so comforting. Perhaps eternal vigilance is not the price of liberty after all, and we can sit comfortable, complacent and deluded in a belief in our constitutional exceptionalism. In fact, history and the experience of others show that once the role of a democratic parliament and the courts is undermined by the executive, customary protections soon follow.

Sir Stephen appears to endorse the government’s right to interpret the will of the electorate and to assert it as a source of authority superior to that of parliament itself, or as he puts it ‘a body of parliamentary opinion’. This seems a strangely familiar and sinister construction.

It is possible that, in practice, the example of a two-year prorogation is implausible but cases are not decided on the basis of hypothetical illustrative examples but on principles. Examples test the internal logic of concepts.

Thomas Fuller’s statement from 300 years ago, famously repeated  by Lord Denning, that ‘be you never so high, the law is above you’ applies to prime ministers and members of parliament to the same extent as any other person. The legal ability to change the law should not be confused with a right to disregard it.

In fact the principles behind the judicial review of executive decisions ought to be uncontroversial. There is no general justification for attempting to exempt some types of decision from basic requirements of permitted purpose and true reasons.

One must, of course, not be naive. In all judicial systems but particularly in the common law, judges are not producing the single solution to mathematical equations. No one can completely escape from the influence, conscious or unconscious, of their background and beliefs however hard they try. Our judges do, on the other hand, indisputably have public service values, ethical integrity and a desire fully to discharge their oaths, which seems the exception rather than the rule among those engaged in politics. To characterise, as Sir Stephen appears to do, the prorogation decision as the product of a carefully balanced political and legislative solution seems, on the basis of the evidence before the court, quite a stretch.

Sir Stephen’s conclusion is that it is unsurprising and justifiable for the ‘political world’ to take ‘legislative action’ of an unspecified kind to ‘dispel the misconceptions’. There are so many things wrong with this conclusion it is hard to know where to start.

The ‘political world’ is not a recognisable actor in our constitutional system and suggests a group of like-minded politicians presumably enjoying some degree of executive power. Legislation is not a mechanism to ‘dispel misconceptions’, and I can only assume that this means showing the troublesome judges who is boss. The conclusion should be that the law is the boss, not governments or ministers or members of parliament or, indeed, judges. The system is not based on the views or preferences of the ‘political world’ whoever and whatever that is; it is based on individuals in public office properly discharging their responsibilities under the law.