The prince and the process-server

Getting service right is easy 99% of the time and hellishly difficult for the other 1%. Every litigator will have at least one story of the outlandish lengths individuals (particularly litigants in person, with a misguided idea of the importance of personal service) have taken to seek to avoid service. Most problems arise where the person is anonymous or simply hard to find. But problems also arise in where the opposite is true - against the ultra-rich and politically powerful, who can and do take special steps to avoid service. 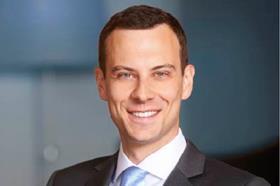 How does a practitioner approach service if the target of proceedings is not simply hiding behind their sofa, but instead behind multiple potential 'usual residences', in multiple jurisdictions, some of which may literally be castles? What if the person answering the door to the process server is in fact a Protection Command policeman – or, more concerningly, a former member of Russian special forces?

First, to dispel one myth, it is perfectly possible to serve proceedings on members of the Royal Family. In 2002 Princess Anne was summonsed to appear before a Slough magistrate after one of her dogs attacked a person in Windsor Great Park (she duly appeared, pleaded guilty and was fined £500).

For comparison, though, it was service problems that led to the farcical scenes in London’s Sloane Street in 2007 involving two of the world’s richest men. Lawyers acting for Boris Berezovsky, formerly one of the most powerful men in Russia, had been trying to serve his former business partner Roman Abramovich for several months, without success – but then (according to Berezovsky’s account) he one day unexpectedly encountered the Chelsea FC owner himself. Sending a bodyguard to fetch a copy of the proceedings from his car, Berezovsky himself then tried to stuff the papers inside Abramovich’s jacket. ’I’ve got a present for you’, he is reported to have said. As Abramovich recoiled, Berezovsky dropped the writ at Abramovich’s feet. Such dramatic recourse to personal service, after months of delay, illustrates the difficulty in serving proceedings upon the well-protected.

However, with proper planning, such dramatic and personal steps are increasingly unnecessary, even when faced with individuals who can take elaborate steps to avoid service. It should also be remembered that, if dealing with sophisticated and well-advised individuals, such measures are now more often short-term delaying tactics rather than a strategy, and their possible reason for delaying or questioning service should be considered – not least for when it comes to enforcement. We can then analyse the recent events at Windsor.

For English proceedings generally, service by an alternative method pursuant to CPR 6.15 has gained popularity. In the age of Covid-19, service by electronic means has both become more routine and holds several obvious attractions. It requires an application, and therefore adds to the timescale and the costs, but it is easier than ever to serve proceedings by email, or even (exceptionally) Facebook. 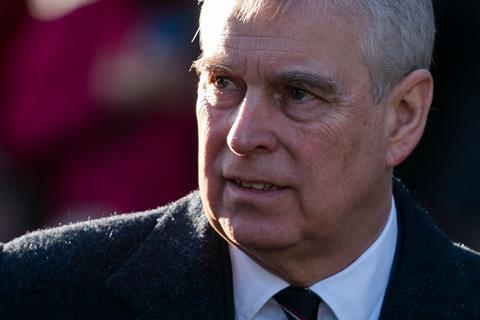 On the specific question of Prince Andrew, though, there is an extra element: the proceedings brought by Virginia Giuffre, to which Prince Andrew may or may not be subject, are New York proceedings – so it follows that the key question is whether the service was compliant with New York law. Both the UK and the US are signatories of the Hague Service Convention, so the question is whether the Prince has been properly served according to the convention in the eyes of the New York judge.

What actually happened, according to media reporting of a filed affidavit in New York, was that on 27 August a process server left an A4 envelope containing the proceedings in with an on-duty Metropolitan Police officer at the Royal Lodge, Windsor (Prince Andrew’s English residence), after being told that meeting with the Prince would be impossible. The policeman may have said by leaving the papers there, they would be forwarded on to the legal team. Reports from New York suggest that the claimant’s lawyers duly told the judge that the proceedings were 'delivered to the last known address of the defendant' and also stated that the documents had also been sent 'by Royal Mail'.

The most relied-upon method of serving US proceedings into England and Wales via the Hague Convention is through the designated 'Central Authority': the Senior Master of the High Court Queen’s Bench Division. Even though it takes many months, this is the favoured method for many litigants/their advisers because it is low-risk: assuming the process is followed correctly, it is virtually impossible for a defendant to challenge the validity of service effected by the High Court itself. Latest reports suggest that the claimant’s lawyers are pursuing this method, but Prince Andrew has not been served by this method yet.

Mrs Giuffre’s English solicitors sending documents by Royal Mail should, alone, be enough for compliance with local law: Rule 6.3(1)(b) of the Civil Procedure Rules for England & Wales permits ’first class post, document exchange or other service which provides for delivery on the next business day’, and it is posting rather than delivery which matters (CPR 7.5(1)). However, it is worth noting that US federal and some state court rules require service by mail to evidence a 'signed receipt'. If this applies to the New York proceedings, evidencing a signature may be difficult – as of 2020, Royal Mail has stopped collecting personal signatures on signed-for deliveries.

Service by 'other competent persons' should be simple, since in England and Wales this includes both solicitors and process servers instructed by those solicitors. So long as the process server was instructed by English solicitors rather than direct from the US, there should not be a problem. CPR 6.3(1)(c) permits 'leaving it at a place specified in rule 6.7, 6.8, 6.9 or 6.10' as valid service, and CPR 6.9 orders service of individuals at their 'usual or last known residence'. This is what was being referred to in the New York court when the lawyer said proceedings were 'delivered to the last known address of the defendant'.

There are points to be taken, but it is doubtful whether they might succeed: media reports suggest that Prince Andrew is currently at Balmoral, and has been there for some time.

It might be argued that Royal Lodge was not his ‘usual or last known residence’. However, that would appear to be misleading: it is possible for one person to have more than one 'usual or last known residence' and the critical test is of the addressee’s pattern of life. Media reports suggest that Prince Andrew is most often resident at Windsor and has recently only made intermittent extended visits to Balmoral (uncharitable reporting connects those visits with key periods in this developing litigation).

The fact that the Prince is in Scotland specifically is another potential line of argument, since he was self-evidently out of this jurisdiction at the time of service. The consistent pattern to Prince Andrew’s movements suggest that this may be an argument which his advisers do intend to run. However, the prevailing post-CPR opinion seems to be that if a defendant is 'resident' in the jurisdiction then they are 'subject' to the jurisdiction and therefore formally 'present' – even if they are physically temporarily absent.

It might also be argued that in giving the documents to the policeman outside Royal Lodge, the process server erred, because it was not left 'at' the place, and with the Metropolitan Police rather than the Prince’s own people. Such a point can only be said to be both doubtful at best and inevitably highly fact-sensitive, depending as it does upon the position, movements, words and actions of the officer in question.

So has he been served or not? Even though there has been no dramatic personal service confrontation (in the Berezovsky style or otherwise), if the US and English lawyers have done their work properly it will be difficult for Prince Andrew’s legal team to argue he has not been served – but this may not stop them trying.

It must be emphasised, however, that the final decision on whether the Prince has been validly served lies in the hands of the New York judge. Judges generally take a dim view of service games, such as instructing solicitors not to accept service. Where there can be no doubt whatsoever of Prince Andrew’s knowledge of the existence of these proceedings and of the fact of attempted service (not least due to it being splashed across the English media), and where Mrs Giuffre’s lawyers have plainly adopted a 'belt and braces' approach, the New York judge may have very little patience for delaying the proceedings over procedural question-marks – most particularly where certain service through the English High Court appears imminent in any event.

LAERTES He is justly served;

It is a poison temper’d by himself.

Oliver Cox is a senior associate at Carter-Ruck, specialising in commercial dispute resolution and media law