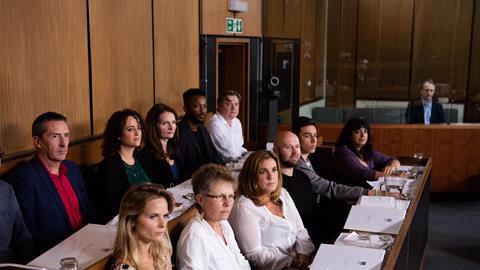 The Trial: the verdict

Channel 4’s ’The Trial – A Murder in the Family’ has been widely described as a docu-drama, a Cluedo style who-dunnit, an intriguing experiment blending fact and fiction, and an unflinching exploration of the inner workings of our legal system.

For anyone who missed it, this five part series which concluded last night starred acclaimed actors, alongside eminent legal professionals (including Max Hill QC who led for the prosecution and John Ryder QC who led the defence), a former senior circuit judge and a jury drawn from members of the public, during the course of a fictional domestic murder trial. The evidence had been prepared by practising barristers to reflect a relatively ‘simple’ murder. 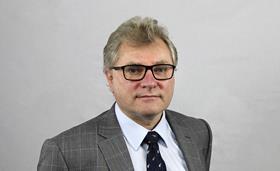 After five days of compelling viewing the overarching feeling was one of a missed opportunity.

Where The Trial fell short was in the desire not only to educate but also to entertain. The decision to intersperse background footage with evidence removed any prospect of allowing the audience to follow the case as if they were a juror. We were simply fed a dramatic narrative and so what began as an exciting prospect with the ability to shine a light on areas of the court process which are often misunderstood, actually failed to achieve its objectives in many ways.

There were lots of positives. The decision of the defendant to give evidence was pivotal, as is often the case. Mr Hill QC expertly probed the defence account. The good work of Mr Ryder QC in demonstrating the evidential gaps of the prosecution showed excellently how a case can begin to unravel.

Prior to Davies’ evidence, at least one juror believed that they could not be sure of his guilt. By the concluding episode we were left with a hung jury – split 8:4.

The verdict was followed by something which is impossible in a real trial, the unveiling of the real events of 24 September; that Davies did kill Carla. We then knew that a murderer had been allowed to walk free (at least until the re-trial).

But the jury’s indecision was right. The prosecution case was strong, yet elements of doubt remained. The jurors, collectively, could not be sure that Davies was the killer.

For legal practitioners, the show was frustrating in many other ways and did little to improve a wider understanding of the criminal justice system.

Early on in the programme little attention was given to Davies’ interview under caution and the ramifications of that interview were fleetingly visited.

With the complete absence of solicitors (save for the briefest glimpse in the police station) it was entirely possible for a viewer to believe that criminal proceedings start and finish with counsel. The irony being that the trial started on time, with no legal argument and no disclosure issues – how that occurred without solicitors is a mystery.

The suggestion that a prosecution witness would be left in a public waiting area, where the defendant could (and did) walk past, was poor. Witnesses now benefit from improving support and it was unfortunate that this was not made clear.

The fact there was catering at the court also did not help to accurately represent a now woefully underfunded criminal justice system.

But most worrying of all was that the burden of proof was largely absent over the life of the show.

The jury’s decision - applying that burden to the facts of this case - was what The Trial built towards for five nights. The burden of proof should have been the cornerstone of the programme as it is in a real trial. Instead, there was the addition of a postscript outlining horrifying domestic violence statistics. The uncomfortable suggestion is of a trial system that allows abusers to walk free.

As a television show, The Trial was gripping entertainment. The case was expertly researched and benefited from the outstanding quality of its participants. The let-down came from the editing room and the editorial flourishes which blurred the focus on facts. In the round this meant the programme was unsuccessful as an authentic reflection of a criminal trial.

The popularity of The Trial may lead to calls for filming to be allowed in the crown courts but in my view this would be an unnecessary step. Our courts are open for all to visit and the risk, as we have seen with this Channel 4 experiment, is that televising trials will confuse entertainment and justice.