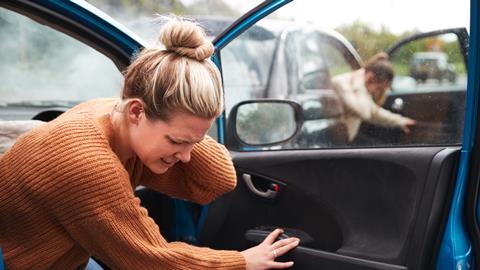 Asking a personal injury firm whether they’ll still do low-value RTA claims is like asking a greengrocer what their business plan is after the government has slashed the price of cabbages.

Sure, there’s the possibility they might still sell a cabbage or two, but you’ll need to sell a bucketload to make any kind of profit. With that, to paraphrase one of the Dragons, they’re out.

Last week’s confirmation of the potential tariffs for compensating injured victims of an RTA has largely put the kibosh on any chance of a high street outfit staying in the whiplash game. Move aside, minnows, it’s time for the deep pockets and mechanised claim systems of the big firms to take over.

This was all largely predictable from the moment the government said it would push ahead with increasing the small claims limit for RTA claims to £5,000. Basic economics tells you that when margins are so tight, only the biggest will have the muscle to fight for the crumbs available. With claimants about to see their compensation slashed (good luck explaining THAT to the guy in the pub saying you can get three-grand for a whiplash claim), and costs not even recoverable, it’s a stretch to see anyone making much of a return from advising the least seriously injured.

What we might not have predicted would be the conversion of claims management companies from harvesting claims to running them. They have, effectively, seen that rations are about to be reduced and decided to keep what’s left for themselves.

The two biggest players, NAHL and First4Lawyers, are going to operate as law firms with respect to RTA claims, while continuing to share out more valuable cases for their panel of solicitors. They will compete with the likes of Slater and Gordon and Simpson Millar to convince enough claimants to split their damages in return for helping guide them through the RTA portal.

These claims management companies are taking a bit of a gamble on all levels: by entering the RTA market as an end-point rather than middle man they are entering a diminishing market but one where the competition is no less fierce. They must also keep good relations with the same firms that have just had the RTA tap turned off, whether they wanted it that way or not.

If NAHL and F4L think there’s enough market share in RTA to try, others from their world may feel the same. Arguably this may lead to even more aggressive marketing from claims farmers as they jostle for position. Insurers look away now, but it may too encourage less scrupulous elements of the claims collective industry to cut corners and exhibit the type of behaviours they had hoped to eliminate.

Does any of this stop the daytime TV ads or the phone calls? Almost certainly not. Claims are not going away, even if the rewards are less valuable. Only those with the sharpest elbows will emerge successful.