I have a love/hate relationship with Twitter. I love being able to engage with a wide range of people on all sorts of issues and share interesting articles. I hate that some people feel empowered to be rude, arrogant and disrespectful, tweeting things they would never say to someone's face. 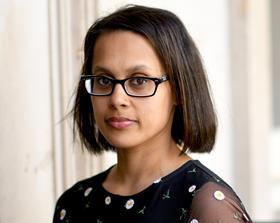 Sadly, I saw much of the latter when I logged in on Sunday morning. Some members of the legal community were outraged at a comment made by 22-year-old Luke Penney, who spoke to the BBC about working at his local supermarket and being a part-time magistrate.

'Being a magistrate is challenging, it does test you and your morals. It is just about following your gut instinct,' Penney said. 'Gut instinct' - two words that provoked angry, sarcastic and rude responses.

Hats off to Penney, who responded to the criticism:

Just to clarify the wording I used on a BBC clip I participated in - I use the word gut instinct. I now see that this may be misunderstood and I could have expressed it better. This was my first TV interview for which I was nervous. Of course all evidence is considered 1/2

to which a decision is made on the reliability of said available evidence. I apologise to anyone who may have doubted my ability. 2/2

Would the reaction have been so heavy handed had Penney said 'personal judgement'?

John Bache, national chair of the Magistrates' Association, thought some of the criticism was unnecessarily harsh. 'Luke may have misspoken and it is understandable that his reference to using "gut instinct" has raised concern, but his aim was to make it clear to prospective applicants to the magistracy that no specific qualifications are required for the role, and to encourage more young people to apply.'

Penney spoke impressively, especially considering this was his first media interview. I say things I could have expressed better all the time. If misspeaking was a degree, I'd get a first class. Stick a camera in front of me and I'd be a nervous wreck.

If you're not happy with the phrase 'gut instinct', you're entitled to express your opinion, of course - but think carefully before you tweet. This is a 22-year-old, relatively new to the justice system, who did an interview to encourage more people to consider the magistracy. He wants to serve until he's 70, it's clear he cares deeply about the justice system, wants to do his bit for society and understands the responsibility he carries. We should be supporting him, not scaring him away.

We often say the law is broken. Let's try not to knock down those who want to help fix it.