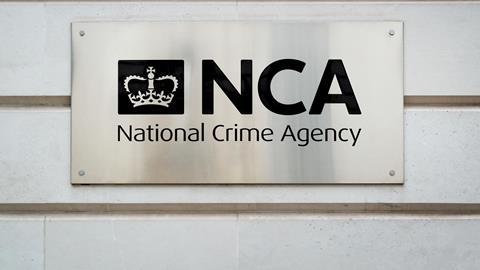 For those of a nosy disposition, unexplained wealth orders (UWOs) are fascinating. Last year it emerged that Zamira Hajiyeva - the subject of the UK’s first UWO - had spent £16m in Harrods over the course of a decade, popping in for £24,000 worth of tea and coffee, £10,000 of fruit and veg, and £32,000 of Godiva chocolates.

Last week, it emerged that Mansoor Hussain, a property developer from Leeds, handed over almost £10m of assets to the National Crime Agency after coming under similar scrutiny.

While UWOs have been used in only four cases so far, commentators predict the NCA’s latest lucrative victory will prompt an uptick, particularly in domestic crime investigations.

Solicitors have stressed the value of UWOs as an investigative tool, suggesting that the material Hussain submitted to the NCA – the businessman provided 127 lever arch folders during negotiations – could alert the agency to other areas of criminal investigation.

But are criminal prosecutions really the NCA’s end goal? Or is the agency likely to adjust its own ambitions?

Criminal prosecutions are expensive and risky. The Serious Fraud Office knows this only too well, following the implosion of several high-profile prosecutions in recent years. In contrast, civil proceedings require a lower standard of proof and are less likely to result in an eye-watering costs bill.

The NCA said it did not have sufficient evidence against Hussain to bring criminal proceedings (the businessman has never been convicted of an offence) and stressed that he could still be subject to prosecution. However, it will be interesting to see whether the latest UWO success marks a quiet shift in policy; whether the agency will prioritise going after the money in future, over criminal prosecution.

Something comparable has been happening in the Serious Fraud Office, which celebrated its largest deferred prosecution agreement (DPA) for corporate wrongdoing earlier this year.

Deferred prosecution agreements allow a prosecution to be suspended for a defined period provided the organisation under investigation meets certain conditions. Although half a dozen such deals have revealed corporate law-breaking, no individual has been subsequently convicted and, while excellent for the public purse, the regime still feels vaguely dissatisfying, if not actively unjust.

The same can be said for UWOs. If anecdotal evidence is correct, and investigators at the NCA do begin to focus on the repatriation of cash – as opposed to the securing of convictions – it will fundamentally change the role of a law enforcement agency. And that, for those of a nosy disposition, is worthy of attention.