Let’s have some sympathy for lawyers who are technology ‘dinosaurs’.

I am often told by people with cool phones that the legal profession is slow to change when it comes to using technology. I’m always hesitant to wade in with my opinion lest I inadvertently reveal that I, too, am one of the dinosaurs.

You see, my phone, a chunky battered device that lurks somewhere at the bottom of my handbag, is so old it doesn’t know how to process a WhatsApp request.

When I check my emails I feel like I’m being scolded for doing what I’ve done for years. ‘Why are you using this browser, stupid, when you can download our app, which is much easier?’ is pretty much the message I get every time I try to log in to my account. 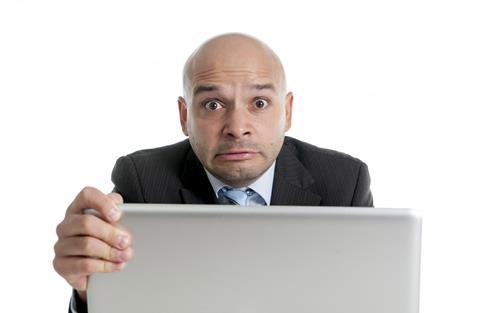 So, going back to the law, I have sympathy with those in the profession who are reportedly stuck in their ways.

But I accept there are things I can do which would make my life easier. The problem is, technology scares me. It is moving at such a pace I don’t know where to begin, let alone how to keep up. And I’m guessing many lawyers out there feel the same.

I get it, you don’t want to overhaul your IT system – too big, daunting and costly a task. So let’s start small.

What about using advances in technology to gather, let’s say, quick feedback from your staff?

‘When it comes to feedback, people are most honest on their mobile phone,’ says Joo Teoh, managing director of app developer Ampersand Mobile. ‘The less you have to think about it, the more honest people tend to be.’

And what better time to catch them than while they’re waiting to get home, prevented only by doing so from the train that they’re on arriving nine minutes late and now stuck at a red signal, to find out whether that course on how to monitor compliance was helpful or not?

Two ‘taps’ on the phone and voila, you now have brief but brutally honest feedback.

You see, that wasn’t hard was it? What, you want me to join your WhatsApp group? Er, let me email you about that. Oh wait, I’m going to get told off again. I’ll text you.

(WhatsApp, for those who may not know, is a ‘cross-platform mobile messaging app’ that lets you message each other on all your different devices without paying for a text. And, based on the number of invitations I have had recently, this is how I am now supposed to communicate with my friends, which may explain why I haven’t heard from them in a while.)