Whisper it quietly, but law firms have done well in lockdown

Apparently an insurance broker was so concerned about law firms struggling through September that it set up a dedicated advice helpline.

The thinking was sound: many firms had a wretched year dealing with a pandemic and financial crisis and were faced with a hike in their insurance costs as renewal date approached for most.

The reality was, I am told, rather different, and in the space of four weeks there were barely a dozen calls as most firms were able to secure cover without difficulty (albeit at higher cost). The SRA’s own figures confirm the apocalyptic predictions some had made were misplaced: just 28 firms notified the regulator they had not got insurance, a drop of one-third compared to 2019.

The figures hint at something many in the legal sector might be thinking but dare not say: this pandemic has been relatively smooth sailing for law firms, at least compared with other industries.

This is not to say it has been easy, or indeed that there will not be casualties. But for many, pay cuts have been reversed, drawings restored and debt reduced. It appears likely that firms have saved money through staff working from home and been able to lose support staff from the wage bill that came with maintaining offices. It may even be that some downscale their commercial properties needs, giving more reason to be optimistic about good times ahead. 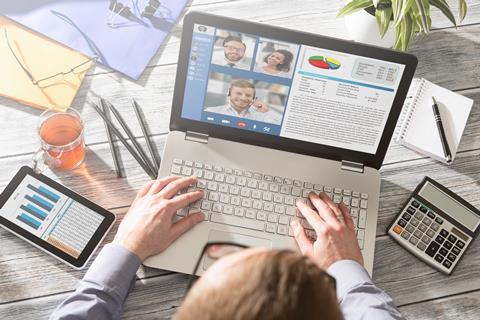 Law firm bosses I have spoken with could not be happier with how the transition to home working has been. They would like the option of getting staff in, of course, but the adoption of new technology has accelerated what many were planning for years in the future and with few of the expected teething problems.

High street firms have been resilient and innovative, sitting on unused borrowed money and relying on decades of experience in handling crises.

The figures for firms shutting down in the aftermath of the coronavirus pandemic shows a remarkably benign period for the sector. The SRA’s regulated population stats confirm that 188 firms closed for various reasons between March and July this year; over the same period in 2019 that figure was 259. Covid clearly set back some – the number of new firms opening was down this year – but even that trend seems to have reversed by the summer, with 52 firms opening in July compared with just 16 that closed.

Industry experts tell me there is interest in mergers but no great rush: partners are quite content for now to sit on extra cash reserves they have built up in lockdown and are in no hurry to sell. Consolidation is still likely, but it will be from a position of strength rather than desperation.

Naturally, not every firm will thrive in these times and the challenges of changing whole business models and ways of working are putting strain on managers. Firms will have been able to reduce WIP during lockdown but will soon find the fallow months of spring will mean work dries up. The picture is much bleaker for legal aid firms whose income stream took such a hammering this year. There are also clouds on the horizon in addition to any potential recession: deferred VAT payments have to be paid eventually, and for conveyancers the stamp duty holiday is due to end next spring with a slowdown expected after that.

We also shouldn’t downplay how difficult this has been for individuals jettisoned from their workplace and seeing valued colleagues let go through no fault of their own. The calm in the boardroom should not mask the despair and struggle felt by many on the ground.

But the firms themselves can reflect on a lockdown where many didn’t just survive but prosper. It isn’t anywhere near as bad as some feared, and this profession continues to confound the doom-mongers. It’s just a shame the pubs aren’t open for bosses to toast their success.