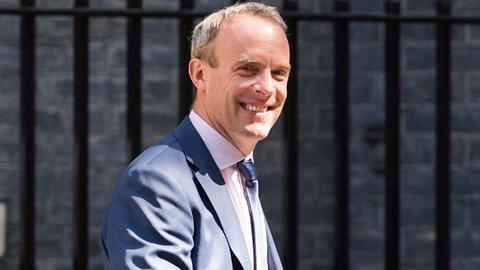 Why is Raab so keen to hand the SRA extra powers?

The Solicitors Regulation Authority is not renowned as an organisation that acts with haste. You need only to ask someone who has been through its disciplinary process - for reference, the most recent case before the tribunal took two and a half years to resolve - and with a solicitor cooperating and admitting the charges.

So it was with more than a little surprise to learn that the regulator has secured an increase in its fining powers from £2,000 to £25,000. After consulting in November, the change could come into effect by the end of July. (As ever, it is necessary to point out that with SRA board meetings closed to the public and media we shall never know how the decision was reached.)

So why the speed? Could it be that a higher power has seen an opportunity here for political capital and treated the SRA’s fining powers issue like a quid found down the back of a sofa? This is, strictly speaking, government business, as any increase in the SRA’s internal fining powers requires an order of the lord chancellor under the Solicitors Act 1974. But it appears current incumbent Dominic Raab was only too happy to oblige.

Indeed, the very nature of this announcement – proclaimed enthusiastically through a Ministry of Justice press release – feels unusual. The MoJ, which has not been short of other business to attend to this week, would normally rubber-stamp this kind of thing with barely a mention. For very good reasons, while the government is required to approve such changes, it is not a great look for legal professional independence.

And yet Raab was front and centre of the announcement, suggesting that freeing up the Solicitors Disciplinary Tribunal (whilst loading masses of extra work on the SRA, it should be noted) would help it ‘focus on the most serious breaches, such as those involving Russian sanctions’.

For a start, no prosecutions in relation to firms’ involvement with Russian sanctions are currently in train. Nor should we assume that any firm that might be charged on such an issue will be automatically sent to the SDT. Any referral to the tribunal would be up to the SRA, and it will know now that the lord chancellor will be expecting the harshest of penalties. Again for good reasons, the government should not be seen to put pressure on the regulator.

Could it be that Raab has seen this relatively niche issue (don’t expect SRA policy to feature at the next Conservative party conference) as a way to prove he is doing something about the Russian situation without actually doing very much? He can turn to his detractors and say that he has overseen a change that will ensure those alleged to be helping Russian oligarchs get their comeuppance, even if that is no closer to actually happening.

The trouble is this is not something that should have been done in haste. As the Law Society points out, there is no evidence the SRA has the capability, resources or sheer numbers of staff to deal with the torrent of extra cases. Its reporting of cases lacks any real information about the decision-making process. The new regime will take the majority of cases likely to merit a financial penalty from the transparent, thorough, SDT to the closed, opaque, SRA – and we’ve done so with barely a moment to think of the consequences.