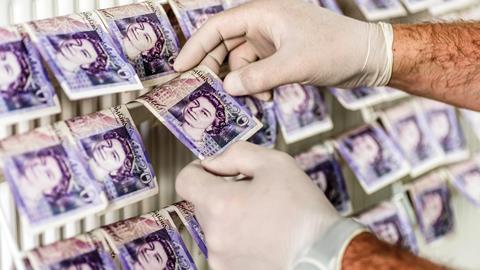 HM Treasury last month published its Call for Evidence: Review of the UK’s anti-money laundering and counter-terrorist financing (AML/CFT) regulatory and supervisory regime. The review is designed to address:

HM Treasury also published a consultation on the potential amendments to the UK Money Laundering Regulations (MLR) to ensure the UK continues to meet international standards, whilst strengthening and ensuring clarity on how the AML regime operates. The deadline for responses to both is 14 October. 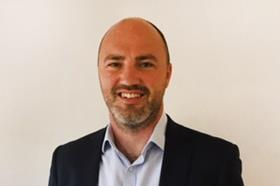 The government’s Economic Crime Plan 2019 to 2022 acknowledged that the reputation and ease of doing business through UK corporate structures and the UK financial system can be abused to facilitate the laundering of criminal assets from overseas. It accepted that the laundering of proceeds of crime is a key enabler to most serious and organised crime impacting the UK.

However, in 2019 I obtained statistics through a freedom of information request (FoI) that revealed that between 2012-13 and 2017-18, HMRC conducted fewer than 55 investigations for breaches of the UK’s MLR, and that fewer than 25 prosecutions were brought.

Just over two years later (last month in fact), I contacted HMRC with a second FoI request to see if its investigation/prosecution rate is improving. The statistics I obtained were once again alarming. HMRC is currently responsible for supervising over 37,000 businesses subject to the MLR. However, HMRC has only 120 ongoing investigations relating to breaches of MLR, and only six of these are criminal investigations.

On one interpretation, these figures could give the impression that the vast majority of businesses are compliant with the MLR with less than 0.5% of them under investigation for potential breaches. However, the much more likely scenario is that HMRC is not coping with their responsibilities as a supervisor. And who can blame them?

In terms of resources, HMRC informed me that for 2020-21, its budget for undertaking their role as supervisor was £22.7m. Whist at first £22.7m may seem reasonable, this amounts to just over £600 per firm supervised. I am not sure how this compares to other supervisory authorities (the SRA and FCA for example), but this seems astonishingly low. No doubt a substantial amount of that money will be spent on resourcing the 120 current investigations, which significantly reduces the funds available to supervise other businesses.

In addition, HMRC confirmed that it had 298 employees working on AML supervision. It’s unclear if these employees are dedicated to the role full time. If they are, this works out at an average of about 125 companies per employee to supervise (not including all the other associated work for example publishing guidance and AML updates). A critical component of any AML review is to fully comprehend the complexities of each business and assess the specific money laundering and terrorist financing risks they face. This takes time, particularly with large corporations. Without this understanding it is impossible to properly assess AML policies and procedures.

In May 2021, HMRC released a report relating to businesses that have not complied with their obligations under MLR, and the fines issued against them. This includes a record fine of £23.8m against one business, a significant increase on fines previously issued by HMRC and more than their entire annual budget. It will be interesting to see whether funds received as part of these fines are re-invested into HMRC’s supervision budget. Perhaps we will see an increase in their supervisory budget in the next few years as a result.

With criminals frequently adopting new sophisticated means to clean their illicit funds, it is difficult for enforcement agencies to keep ahead of these trends. Furthermore, it is conceivable that the UK risks exposing itself to more AML/CFT risks as it seeks to enter into new trading relationships with other countries in the aftermath of Brexit.

Having over 37,000 businesses to supervise is a dauting task and requires the appropriate resources to ensure it is done properly. Even though HM Treasury is currently consulting on improving the UK’s AML regime, without adequate resources the war against money laundering is destined to fail.

Kyle Phillips is a partner at Howard Kennedy