Working towards equality for all

As the centenary of the Sex Disqualification (Removal) Act approaches in 2019, there remains a long way to go to achieve gender equality in the legal sector. 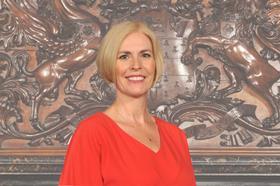 Women have represented more than 60% of entrants into the solicitor profession since 1990. Today 50.2% of practising solicitors are female, yet they only make up 27% of partners in private practice and less than 15% are equity partners.

The Law Society’s work to promote greater diversity and inclusion in the profession is picking up pace. I hope we can make changes in policies, practices and working culture that will advance equality now and for the generations that follow.

For nearly a year we have been asking people working in the legal profession to tell us about the barriers they perceive to career progression for women. Since we surveyed almost 8,000 lawyers, judges and legal support colleagues last winter, we have had wide-ranging conversations with more than 3,000 women who joined 200 roundtable discussions about their experiences of working in the legal sector.

Now we are holding roundtables with male champions and conducting an academic literature review to help us develop a richer understanding of the issues.

This project aims to bring about true equality in our profession, to understand the barriers and create opportunities to address them in an action-orientated and collaborative way. This will take involvement and commitment from us all.

We believe there is a compelling moral case as well as a business imperative for gender balance. Business leaders are critical to achieving lasting performance improvement; as with any priority, leadership is required to deliver lasting and meaningful change.

As well as finding out about people’s experiences and views, we have produced toolkits for the roundtables. We have asked everyone who participates to commit to an action from the toolkit to contribute to ‘shifting the needle’.

International symposium on women in law

During this event, we will take stock of the position of women in the profession following the insights gained from the women who contributed to the ‘Women in Leadership in Law’ project. We will also launch the final set of toolkits. These encapsulate all we have learned from our research about what works and how to achieve it.

If you would like to take part in or host a roundtable, or to get a copy of one of our toolkits, please contact lauren.thornton@lawsociety.org.uk

Some common themes are emerging from the many strands of our investigation.

Unconscious bias stands out. I have heard so many smart, ambitious women say that the presumptions their colleagues or clients make about them simply because they are women have damaged their careers. Women with disabilities reported feeling particularly held back by gender-based assumptions.

Conversations at our roundtables have driven home for me how sharply inequalities are compounded by the intersection of protected characteristics, whether gender, race, religion, disability, sexuality or ethnicity. Women from the Black, Asian and Minority Ethnic (BAME) communities brought some of the most disturbing examples of obstacles based on misconceptions about ethnicity coupled with those about gender. As a profession and a society we really need to recognise and unravel these dynamics.

Many women have also talked about the different standards of behaviour that seem to be acceptable for men and women. Different words, with different connotations, may be used to describe the same behaviour when exhibited by a man and a woman. What is considered acceptable behaviour can vary depending on whether it is demonstrated by a man or a woman, while comments such as ‘aggressive’ or ‘pushy’ can be gender-specific and have negative implications.

Flexible working is another strong thread. Juggling work and caring responsibilities for young and elderly relations often fell to the women we met, who also have demanding careers. In many cases they felt they did ‘two jobs’ without recognition or support. Worse, some spoke about feeling that they were judged negatively if they adopted flexible working or took parental leave. This kind of misconception, often unspoken and all the more pernicious for that, can be devastating for career progression and development.

The best businesses recognise that everyone will at times have personal matters to attend to during working hours. Role modelling by business leaders, alongside greater flexibility and understanding, can help prevent presenteeism, engender loyalty and contribute to wellbeing.

Senior women in particular reported they felt required to adopt behaviour typically labelled ‘male’ to progress their careers. Women in senior positions also talked about being a sole female voice or perspective in the top echelons of senior leadership, and the consequent struggle to be heard or understood.

Equality aside, an organisation that favours homogeneity among its leaders is more likely to preserve the status quo, stifle development and innovation, or suffer from organisational blindness.

Happily, as well as becoming clearer about some of the most commonly experienced barriers, some remedies are mentioned time and again. As well as more flexible working, having women in senior leadership was considered valuable for changing cultures – women who other women can identify with and who are constructive about routes to senior leadership, and transparent about the obstacles they have encountered.