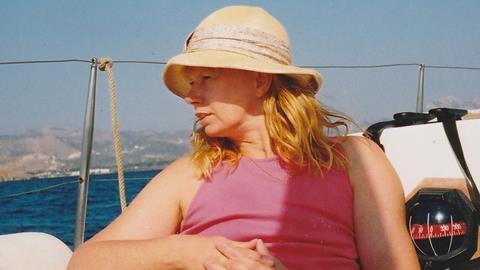 Caroline Roy died aged 60 years on 30th December 2017, following a riding accident in the woods near her home in Berkshire.

Caroline worked as a solicitor after qualifying with a Postgraduate Diploma in Legal Practice from Guildford in 1997.

She was born in Mortimer where our parents lived for over fifty years. Our father was an agricultural research scientist and mum a keen rider, and these interests would shape her future life and her own passions. She attended The Abbey School, Reading, but felt uninspired by the academic rigour there. She moved on to Aylesbury Agricultural College where she obtained an OND in Business studies and Agriculture. Following this she took on a post in accounts management, before becoming a conveyancing legal executive, happily working at Walker Martineau in Theale for nine years. She achieved her fellowship exams and then undertook a two year spell in the police. In 1996 she decided to train as a solicitor at Guildford achieving her Postgraduate Diploma at the age of 40 in 1997.

After qualification, she continued to work in rural property and conveyancing law, and she undertook locums of variable duration in many legal practices in the home counties around the Reading area from 1997 until 2006. During this time she was also renovating a large Victorian piggery as her home, and also it’s land for her riding interests. Once complete, she set up her own practice as a specialist in land and rural property which she continued for five years, working from her new home. A quieter period followed from 2012 to 2015, when she played a huge role in guiding care for our elderly parents. She was delighted to obtain a post with Lightfoots (Thame) in March 2017 in commercial conveyancing, and was in many respects getting back on her feet at the time of her death. She had returned to her orchestra and hoped to play hockey again. She died after an unwitnessed accident in the woods near her home where she had ridden for many years, making that last outing on her much loved horse and companion, Jake.

Caroline was a passionate, determined, hard-working and fun-loving lady. She had ridden since early childhood, participating in all things horsey throughout her life. She was an experienced rider who had enjoyed hunting, Team Chase or simply going for a quiet hack. She had ridden in the local woods for over forty-five years. She enjoyed all music, played the violin including in Newbury Symphony Orchestra, and also embraced any social event that allowed her to dance! She played hockey and also loved, throughout her life, to have a try at new activities. She also enjoyed sailing and had holidayed with the Jubilee Sailing Trust several times.

She is survived by me, Pip, her sister and my younger brother, Jonathan, our partners, and her five nieces and nephews. Also all her extended family for whom she felt a huge sense of fondness and loyalty.