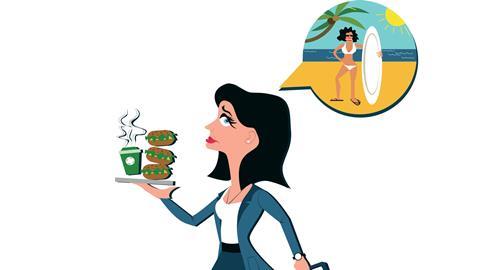 5 tips for going on holiday

Should lawyers on leave have a digital detox, or is it easier to relax by checking email and assuring oneself there is no crisis? Eduardo Reyes asks how solicitors holiday.

Some companies lock employees out of remote access to emails and messaging systems when they go on leave, and make no exception for the in-house lawyers. Private practice lawyers and law firms could decide to do the same. All matters must be concluded or passed over to a colleague who can handle them before leave is taken. There will be an emergency phone number left behind, but nothing else.

The thinking here is two-fold. First, the absent lawyer has no choice but to ‘switch off’. Second, this is risk management – if the lawyer falls ill or has a serious accident, their work is easily picked up by colleagues.

‘I have a “no email, no phone” policy,’ says Karen Jackson, principal of discrimination firm didlaw. ‘I disconnect completely. I give my husband’s mobile number as an emergency contact to a select few who know better than to use it unless they really, really need to – only then may they text.’

A ‘digital detox’ is not for everyone and saying ‘no’ to it does not mean your life is not in balance.

The ability to keep an eye on matters remotely has a role in the work-life balance of many lawyers – giving them the confidence to skip out of work early for a family event or a concert they are keen not to miss. Email on a smartphone is not an unqualified evil when it comes to wellbeing.

Indeed, preparing for being uncontactable on top of doing a normal day’s work can trigger extra stress you can do without. And of course, there are some things you want to respond to.

Tony Roe, founder of Tony Roe Solicitors, relates: ‘A few years ago I stayed at a friend’s place in Bergerac. Days before I had sent out a few press releases. A BBC radio station back home belatedly took an interest in the story and wanted a live interview on the topic.’

Not one to miss such an opportunity, he ended up, ‘in the attic, standing on a sofa, on top of cushions, with my head out of the Velux window trying to get the best signal’.

The most stressful aspect of juggling work and a holiday is likely not volume of work, but allowing an interruption to let down anyone who is on holiday with you. Wellbeing theories stress the need to be ‘present’ in your own life. If you’re not present in your own holiday, was there any point in going?

If you have a day trip planned, you need to stick to it. If you say you’re getting sea bass and will bake it in salt with fennel and herbs for everyone, don’t suggest a ready meal at the last minute, smartphone in hand.

Was it a choice between doing some work while away or not going at all? Maybe, then, have some controlled time on a matter before the other people with you have woken up.

Breaking a promise at work can be a moral and ethical problem – why is private life different?

It is surely silly to pretend you never take a holiday – so communicate the fact you are, Jackson advises: ‘Tell your clients a couple of weeks in advance that you’re going away so that if there is something they want you to do before you go, you have time to do it. There is nothing worse for a client than them not knowing you are away. It upsets them if the first they know about it is when they email you and get an out-of-office.’

Law firms and legal departments are busy places, so when not on leave, support and cover for people who are. Do it with good grace too. That emergency number is just that – for real emergencies.

Don’t demand people join a conference call from their treehouse in the Andes, and never message or email them saying ‘could you just…’.

Safe to speak out?

Solicitors, their regulator stresses, are held to a higher standard in their private as well as professional lives. But as voicing our opinions is part of being human, how far should a lawyer go? Probably not as far as the corporate lawyer and Chelsea fan who did a vox pop wherein he spoke of ‘scouse scum’ and, when people took to social media to object, tweeted the response (now deleted): ‘crawl back to your miserable Merseyside home’. His firm fired him. 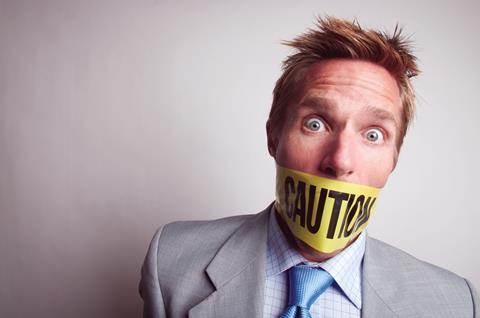 So can there be no over-exuberance in fandom? And what of the noisy rancour around Brexit and US foreign policy? Must intelligent professionals simply keep their counsel? Can you loudly support big-game hunting or protest against Trident? And how would it be okay to run as a parliamentary candidate who supported a ‘hostile environment’ for immigrants?

Taking to Twitter or Facebook to support England in the World Cup was hardly controversial. Five leading law firms have offices in both England and Sweden, yet enthusiasms expressed by lawyer-fans resulted in no casualties. And the Croatian ambassador to the Court of St James did not have cause to report any England-supporting solicitors to the SRA.

What of Brexit? Barristers are prominent in online arguments on Brexit – some counting tens-of-thousands of followers on Twitter. Solicitors less so, and in the heavily pro-remain environment of the City, pro-Brexit solicitors are cautious about having their views linked to the name of their firms.

On straight dissent, perhaps the matter should prompt soul-searching for some – do they really want to work somewhere that has values at odds with their views?

The clincher in the Chelsea-supporting solicitor’s indiscretion is that he took a view that his firm could have accepted – that Jose Mourinho was the right manager for Chelsea – and then added a layer of invective, that could not be ignored. We’re hardwired to hold opinions, we just need to know that the circuit runs through a safety valve.