A newly established group of parliamentarians aims to counter widespread indifference to allegedly wrongful convictions. Lawyers are being urged to support them.

The new all-party parliamentary group (APPG) on miscarriages of justice is seeking funding from law firms and chambers to assist it in its investigatory work, the Gazette has learned. 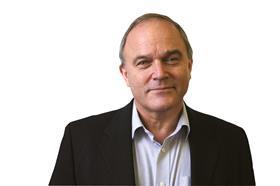 Chaired by Labour MP for Huddersfield, Barry Sheerman, the group is to examine the failures of the criminal justice system (CJS) – in particular miscarriages of justice – and assess measures to prevent them from recurring.

Sheerman says: ‘The criminal justice system is under unprecedented pressure: police numbers are being slashed, our courts are creaking and legal aid rates for defence lawyers have been frozen for years. We need to talk about the reality of miscarriages of justice.’

Glyn Maddocks, a consultant at South Wales firm Gabb & Co and founder of the not-for-profit Centre for Criminal Appeals, is a career-long campaigner for the victims of miscarriages of justice. He was the driving force behind the establishment of the APPG and insists that there is overwhelming evidence that such injustices continue to occur with disturbing frequency –alluding to infamous examples, including the Birmingham Six, Guildford Four, Sally Clark, Barry George, Stefan Kiszko, Sam Hallam and Victor Nealon.

Maddocks says the reason such a body has not been set up before is that the British public has declined to put pressure on successive governments to do something about miscarriages of justice.

‘The articulate middle-class, who might be expected to write to their MPs and demand an inquiry, has been brought up on the propaganda that British law is the best in the world,’ declares Maddocks. ‘And, anyway, the accepted wisdom is that the CJS doesn’t affect respectable people like them. The clue is in the name – criminal justice system – and where there’s smoke, there’s fire. Most convictions are sound, they argue, so why lose sleep over the occasional wrong one?’

Maddocks continues that another reason for turning a blind eye to miscarriages of justice is, paradoxically, the creation of the Criminal Cases Review Commission (CCRC). This has been investigating possible wrongful convictions since 1997. The commission has subsequently become the first port of call for MPs whose constituents have complained about a miscarriage of justice, relieving politicians of the duty to pursue cases themselves.

Unfortunately, says Maddocks, the CCRC has not lived up to its initial promise: ‘The Court of Appeal has systematically bullied and undermined the CCRC to such an extent that it is now too timid and paralysed to make referrals [to the court]. The result is that last year [the CCRC] only referred 0.77% of cases and many people – including the Treasury – are now calling for its abolition.’ Maddocks stresses that the Centre for Criminal Appeals is ‘calling for the urgent reform of the CCRC, not its abolition’.

Journalist and author Jon Robins, whose latest book Guilty Until Proven Innocent was published on 8 May, tells the Gazette: ‘There is a critical mass building around the inability of the legal system to deal with miscarriages of justice, but it will still be a long haul to educate politicians and the media about the extent of the problem. We need to fire the outrage of the politicians who’ll carry it forward.’

Robins adds that ‘the Denning culture has not changed much’, referring to former Master of the Rolls Lord Denning’s now notorious dismissal of the Birmingham Six’s 1980 civil claim against the police. In essence, Denning said that it was inconceivable that the police misbehaved to such an extent that a wrongful conviction ensued: ‘If they [the Birmingham Six] won, it would mean that the police were guilty of perjury; that they were guilty of violence and threats; that the confessions were involuntary and improperly admitted in evidence; and that the convictions were erroneous… That was such an appalling vista that every sensible person would say, “It cannot be right that these actions should go any further”.’

The convictions were quashed in 1991 when the ‘appalling vista’ was shown to be true. The six men would later receive £1m each in compensation.

Most of today’s politicians, according to the main parties’ 2017 general election manifestos, are also seemingly unfazed by the shortcomings of the CJS. The Tories used their manifesto to trumpet their determination to protect British service personnel from prosecution for crimes allegedly committed in war zones. Labour stated that it was keen to encourage the courts to embrace technology. The Liberal Democrats, meanwhile, headlined with transforming Wales into a ‘distinct legal jurisdiction’. None of the three manifestos contained any commitment to reviewing criminal justice.

This complacency around the infallibility of the CJS has endured a blizzard of assertions to the contrary. A May 2016 parliamentary report, for instance, found that ‘the CJS is close to breaking point’. In their eponymous book, The Secret Barrister wrote that ‘if the CJS were the NHS, it would never be off the front pages’. Another commentator observed that ‘the CJS is like a vintage Bentley – ready for the scrapyard’.

As recently as 30 May, BBC One’s Panorama aired a documentary called Last Chance for Justice that looked into the cases of two men – Eddie Gilfoyle and Kevin Lane – who, respectively, spent 18 years and almost 20 years in jail for murder. The documentary makers, who interviewed Maddocks among other campaigners, claim to have unearthed crucial evidence that the CCRC missed and that could have led to the quashing of both men’s convictions.

Whether this is the case or not, things are unlikely to improve quickly, despite the newly conspicuous involvement of parliamentarians. This is because 2014 legal changes, currently being challenged in the Supreme Court by Sam Hallam and Victor Nealon, have erected new barriers to a wrongly convicted person being fully exonerated.

Hallam served seven years for murder and Nealon 17 years for attempted rape, only to be freed after the Court of Appeal ruled their convictions unsafe. However, the 2014 changes restrict compensation to those who can prove their innocence ‘beyond reasonable doubt’. This, of course, turns on its head a fundamental plank of the UK’s legal system, which since the 1215 Magna Carta has held that a person is innocent until proven guilty. Robins says: ‘If their conviction is overturned then… they are undoubtedly innocent – and yet not innocent enough.’

Maddocks concludes: ‘The Innocence Projects run by many law schools offer an alternative route to justice for the wrongly convicted. But if you had been diagnosed with a serious illness, would you really want medical students looking after you? Or would you prefer experienced professionals who are qualified doctors? The same applies to miscarriages of justice. Qualified lawyers with years of experience are best placed to help overturn wrongful convictions. You would quite rightly hesitate to rely for your freedom upon well-meaning, but inexperienced law students.’

The APPG on miscarriages of justice invites lawyers, academics, journalists and others with an interest in righting wrongful convictions to work with it to build a body of research to educate MPs in all aspects of the CJS, the CCRC and Court of Appeal systems. The aim is effectively to advocate – to MPs – the need to reform criminal law, policy and practice.

The chair of the Criminal Cases Review Commission (CCRC) tells the Gazette that he remains ‘unintimidated’ by the relentless criticism that he and his 90 staff endure from campaigners looking to right alleged miscarriages of justice.

Richard Foster, who has chaired the CCRC since November 2008, robustly rebuts the criticism that the CCRC refers too few cases to the Court of Appeal (CoA).

‘On the contrary, we refer a high number,’ he says, ‘around one referral for every eight working days. And we are achieving this following sustained budget cuts, with 50% less money per case than a decade ago. Like so many others, we have had to learn to do more with less. But we have now reached a watershed: we cannot handle further budget cuts without affecting the quality and quantity of our casework.’

The Gazette asks him about the commonly quoted statistic that just 0.77% of cases the CCRC reviewed last year were referred to the CoA. ‘Our critics ignore the fact that roughly half the cases that come to us are ineligible for review,’ Foster says. ‘We only investigate cases where all other avenues of appeal have been exhausted. These account for around 50% of the 1,500 cases that come to us annually. The others we call “no appeal” cases and they are sent back.

‘Taking into account the “no appeal” cases, the actual figure is really 2%. That may seem small too, but bear in mind that appeal cases have been to trial. The burden of proof was on the prosecution and the jury was convinced. The CoA has said “nothing doing” and now the CCRC is investigating a case that, on the surface at least, has faithfully followed due process.

‘It is unsurprising that we find that 98% of cases are safe and that there are only grounds for appeal in the remaining 2% of cases.’

It is now Foster’s turn to ask a question: ‘What percentage of cases would Law Society members expect to see referred to the CoA?’ It is a rhetorical question, for he adds: ‘Only God, from whom no secrets are concealed, knows exactly how many miscarriages of justice there are out there.’

So are campaigners too harsh on the CCRC? Foster replies: ‘Campaigners always believe passionately in the cases they are championing. The CCRC grew out of campaigning lawyers and we are expected to be passionate campaigners ourselves. But we are not campaigners. We are a statutory body with a statutory remit. We don’t represent the convicted. Nor do we act for defendants or victims. We are an investigative body and our function, usually following the paper trail of a case that happened many years ago, is to inspect the entire trial process. If we say everything was done properly, then the conviction is upheld.’

What are the main drivers behind miscarriages of justice? ‘The most painful is disclosure,’ says Foster. ‘The social media-led explosion in data, combined with reductions in police training have led to some high-profile mistakes around disclosure.

‘Forensics is another problem area. It’s done in-house nowadays by the police or externally by a private company. In the first case, there is a real risk of confirmation bias [the forensic officer confirming what the arresting officer wanted proved]. Private companies, on the other hand, are under pressure to do what is profitable rather than what is right.’

Foster concludes: ‘The CCRC is effectively the biggest research project ever into the CJS, having reviewed thousands of criminal cases over the last 20 years. We know more about the subject than anyone else.’