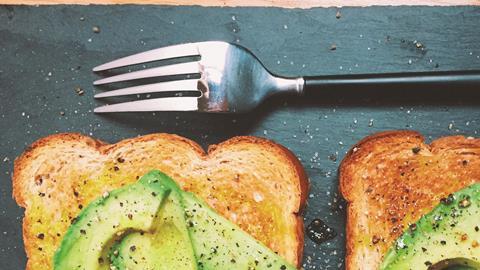 Avocado and toast on the menu

In his book Messy, Tim Harford asks, ‘Do we trust the algorithm too much?’ Harford believes that we feel safer entrusting responsibility to something that seems scientific because it is verified by data. Even if the results are not better than our human efforts, there is some comfort in being able to explain them. This does not seem to be the case when it comes to new research into corporate legal departments’ application of artificial intelligence (AI).

Thomson Reuters’ new research report, Ready or Not: Artificial Intelligence and Corporate Legal Departments, surveyed 207 corporate legal departments and found that they were generally less willing than law firms to invest in AI technology. The general reaction has been one of disappointment.

While 67% of respondents were ready to try new technology, only 4% were seriously considering purchasing AI tools; 50% were not interested in purchasing AI or AI-based tools, and 44% didn’t know. These results were partially explained by the fact that 34% of respondents stated that they were not familiar with AI being used in corporate legal departments and some declared themselves too unfamiliar with AI software to have an opinion.

The suggestion that corporate legal departments are lagging behind law firms when it comes to technology may not have taken into account the differences between their roles. Whereas law firms increasingly define themselves by their innovative use of technology, this is at least partially driven by corporate clients who continually seek more for less. The corporate legal department is usually a necessary cost centre for the business. It may not have sufficient budget to invest in AI software, or the ability to free up its lawyers to train an AI-powered system, although it may well pressure its panel firms to find new ways of delivering more for less.

Smaller legal departments are unlikely to have autonomy over IT investments. If a GC knew that they wanted to invest in a particular AI software, they would need to convince the board (or at least the FD) of its value and follow procurement processes. No doubt they would be held accountable if a new, exciting AI system proved disappointing; and this would likely be reflected in future budgetary decisions.

TR’s in-house AI survey findings raise questions around why legal departments are slow to invest in AI software, given that it could potentially help them, particularly if they operate in sectors that are way ahead of law firms in terms of emerging technology adoption. Karl Chapman is founder and CEO of Riverview Law, whose AI-powered in-house legal operations management platform KIM (knowledge, information, meaning) is used by larger legal departments such as Vodafone.He believes this may be because in-house lawyers do not recognise these tools as AI. ‘They are looking for a system for managing their legal workload, rather than a particular type of software,’ he explains. It may indeed be about labelling – for example, survey respondents may use an AI product like CheckRecipient, which works within Outlook to prevent emails being misdirected, or Thomson Reuters’ own ContractExpress, without recognising its AI capability.

Another explanation for the ‘disappointing’ survey results is that the research focuses on small legal teams, although this does not necessarily mirror the size of the organisation. Some 51% of respondents were from legal teams with fewer than six lawyers, and 65% from teams with fewer than ten lawyers. This might indicate that they are not handling large volumes of routine work, or that if they are it is either outsourced or sufficiently straightforward not to require intelligent software.

Although, so far, legal AI may be a better fit for law firms, where work is more specialised, corporate legal departments do not shy away from technology that supports their operations. Yerra Solutions’ European conference in London featured presentations by representatives from global corporate legal departments. Without exception, they were focused sharply on managing legal services procurement. This approach reflected the sectors represented at the event: international banks and financial services institutions, and telecoms and pharmaceutical companies.

Chris Fowler, COO at BT explained that corporate legal teams already deal with a lot of technology, as they use the firm’s general systems. This makes it harder to expect the organisation also to invest in legal specific software too, and for its lawyers to learn and log into multiple systems. Having said that, BT Legal is an ABS which deploys legal-specific AI software.

Confidentiality is a barrier to AI adoption for financial services businesses. At UBS, Siegrun Heberle, global head of eDiscovery Technology Services, and David Kern, global service line lead for data processing and hosting, explained why it was important for a Swiss bank to handle e-discovery in-house rather than entrusting client data to a third party. In-house legal teams need to reflect corporate brand values and this would include their choice of software.

However, AI adds value when it comes to managing legal operations and legal spend.

Karin Brühlmann, head of controlling, IT & services group for Roche’s patent department, achieves 100% global invoice capture, through a blend of intelligent automation (of file intake and automated invoice validation) with human intelligence (for invoices in other formats and systems, and additional scrutiny and analysis) to deliver global cost control for the company’s legal, IP and e-discovery expenditure. Efficiencies such as more comprehensive and accurate reporting are enabling Roche to reduce its corporate legal team organically – when lawyers leave they are not replaced – and it no longer employs temporary lawyers to deal with fluctuating workloads. For Roche, AI-powered spend management adds value by improving quality without additional work, and employing fewer third-party partners enhances information security.

Although legal AI will not replace corporate lawyers who advise the business on legal issues and represent its best interests, many GCs do not want intelligent automation to reduce their small and stretched teams. There are also cultural issues and internal politics to contend with. Max Hübner, director corporate legal and tax, PGGM N.V., explained that some large companies have relatively small, close-knit legal teams, so there tends to be resistance to introducing technology that will reduce their numbers.

Furthermore, legal departments that have not invested in legal AI may still be reaping its benefits, by outsourcing work to AI-powered ABSs like Riverview Law and Axiom. This enables them to employ fewer lawyers and reduce their external legal panels. They may be saving costs when their external firms create AI-powered client-facing apps that give them real-time access to their matters and advice on whether their contracts are GDPR-compliant. They may use white-labelled automated contract creation tools built by their law firm. 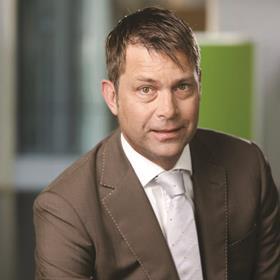 Some companies deploy legal AI only when they need it and this approach is facilitated by the fact that most AI tools are cloud-based. Examples include: Luminance self-service, pay-as-you-go AI for M&A due diligence or e-discovery; Leverton for real estate contracts; or RAVN iManage for litigation due diligence (as the Serious Fraud Office used for the Rolls-Royce investigation).

Although legal departments at global companies like BT or Shell, are equivalent to small or medium-sized law firms within the wider business, others are relatively small parts of a larger organisation. They are required to advise immediately on a broad range of legal issues as and when they arise, whereas many legal AI applications are limited to specific tasks.

Another reason why they might decide not to invest in legal AI directly is the time required to train AI software – you can’t trust a partially trained algorithm! Akber Datoo, founder and CEO of D2 Legal Technology (D2LT) which works with financial institutions, is concerned that some systems do not facilitate overriding machine-made decisions that are blatantly wrong. He presented worrying examples of lawyers being unable to amend contracts which had the wrong names on them and struggling to change machine-made errors. Apparently, one system misread the word ‘all’ and changed the currency of the contract to Albanian Lek. When this was spotted, the system wouldn’t allow it to be changed back and the lawyers had to start the whole process again. The fact that machine-learning algorithms are fallible is reflected in caution by organisations that cannot afford to ‘fail fast’.

Last week’s Legal Geek conference theme was emerging legal tech in practice, the importance of community collaboration, and the value of hype as an accelerator. Noah Waisberg, CEO and co-founder of Kira Systems, and Greg Wildisen, international managing director of Neota Logic, brought an avocado and a toaster on stage, using avocado toast as an analogy for (legal) AI. Avocado toast sales in the US increased from $17,000 a month in 2014 to $900,000 a month in 2016. This illustrated the buzz around new combinations of familiar products and how hype can drive engagement and revenue. They then explained how combining Kira Systems and Neota Logic products sometimes with mainstream legal IT software, e.g. HighQ and HotDocs, is helping firms across the global legal community create new tools and applications that are helping them and their clients to work smarter.

I had a great conversation last week about legal innovation – it seems that I am not the only one who is puzzled by some legal innovators’ fixation on the idea that brainstorming involves sticky notes. Sticky notes were an awesome invention by 3M’s Arthur Fry – in 1974. Furthermore, quite a lot of cool legal AI applications’ output involves filling an Excel spreadsheet. Microsoft Excel was first released in 1985. Whereas a lot of AI is rightly focused on presenting an intuitive interface, some legal innovators still rely on 20th century inventions to deliver the future.