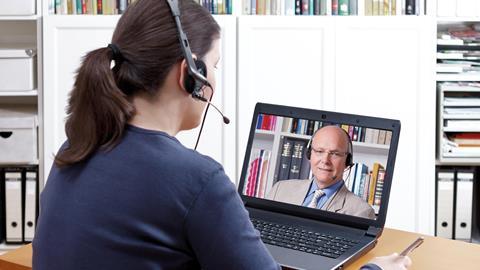 For the lawyers and expert witnesses involved, the first trial conducted through Skype was a success – but that enthusiasm is not shared by the litigant

Since the coronavirus outbreak changed much of everyday life as we know it, lawyers, judges, court staff and others at the coalface have sought to keep the wheels of justice turning. With more than half of all court and tribunal buildings temporarily closed, remote and telephone hearings are set to become the new norm and may shake up the way many cases are dealt with beyond the current crisis. 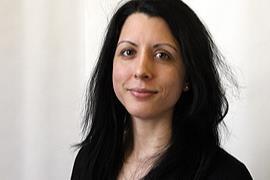 The first ever trial conducted entirely by Skype, less than 24 hours after the prime minister’s ‘stay at home’ direction, has yielded valuable lessons for those involved in remote hearings.

The three-day Court of Protection hearing involving a long-awaited life-and-death decision could not have been more important for the family at its heart. It concerned a man in his seventies, who cannot be named due to reporting restrictions, who was severely mentally and physically debilitated after suffering a stroke in 2016.

His daughter and GP disagreed over his treatment and the local clinical commissioning group (CCG) asked the court to determine whether it was in his best interests to continue to receive nutrition and hydration through a feeding tube into his stomach.

Agreeing with the GP, the judge ruled that it was ‘categorically contrary’ to the best interests of the man to be ‘set on the path that will lead to his inevitable death’.

Giving judgment only a week after the hearing ended, Mr Justice Mostyn observed that the case had ‘proceeded almost without a hitch’.

In his guidance on remote access to the family court, Mr Justice MacDonald said that feedback from those involved in the hearing had been ‘universally positive’.

But in marked contrast to those focused on the technical execution of a novel hearing method, the experience left the man’s daughter feeling her father had received a ‘second-rate hearing’.

The trial had been due to take place at Nottingham Justice Centre. Alert to the risks that travelling and physical attendance at court could pose to some of those involved, the judge convened a telephone case management conference the day before.

With the agreement of all parties, he decided the trial would proceed remotely using Skype for Business via computers and electronic court bundles.

John McKendrick, the barrister who represented the GP in the case, notes other software is available, including Zoom, Teams and BlueJeans. But McKendrick relates that the judge selected Skype for Business because he was familiar with it.

McKendrick’s instructing solicitor, Matt Nichols of DAC Beachcroft, Bristol, agreed to organise and manage the hearing, which involved 17 continuously active participants and 11 witnesses scattered all over the country from Northumberland to Cornwall and Sussex to Lancashire. I was one of two journalists who observed the hearing.

The judge conducted a test run before the hearing with the parties and witnesses where he dealt with basic housekeeping – robes should not be worn and drinking, but not eating, was permitted.

The hearing opened as normal, albeit without the usual standing and bowing, once IT matters had been dealt with. The judge wore a shirt with no tie or jacket, the lawyers and others generally wore business attire, and one expert appeared in a rugby shirt.

Courts and technology are often problematic bedfellows, so anyone who has spent a morning watching the Court of Appeal grapple with a video link hearing for a single appellant will be amazed at how smoothly the hearing went.

Over the three days, there were some technical glitches – sound lags and poor picture quality caused by slow broadband, problems dialling in, and mobile phones connected to Macs interfering. At one point, the judge’s computer crashed and he was absent for a short time. But all these issues were solved relatively swiftly.

Without rights of audience, pets made themselves heard, and computer cameras provided glimpses of the domestic surroundings of some participants, including the contents of their bookshelves and works of art – interesting for the causal observer, but not without impact for those taking part and deserving of prior thought.

In one paragraph of his judgment, Mr Justice Mostyn acknowledged the unusual circumstances of the hearing and said: ‘In the current national crisis, it must be expected that hearings will be conducted remotely in this way as a matter of routine practice.’

With special mention of Nichols, he thanked all lawyers and participants who had cooperated ‘so fully to enable the hearing to function’.

Mr Justice Hayden, vice president of the Court of Protection, did not want to provide any comments outside the remarks in the judgment, but commenting on the case, he tells the Gazette it is a ‘useful template’ for other hearings.

He observes that the technical glitches ‘were minor and occurred only at the very start of the hearing’ and that the ‘software was simple to use, logging in was easy and joining the “meeting” was straightforward’.

The ‘wider health and costs benefit for the parties, many of whom are self-funding, are self-evident,’ he says, adding that some reported finding the process less stressful than attending a courtroom.

However, he stresses that in the Court of Protection, where cases are ‘often in the vanguard of medical, legal and ethical decision-making’, press access must be a ‘continuing priority’ to ensure transparency and public scrutiny.

Familiarise yourself with Skype or whatever other application you use, so that you are not distracted from the issues in the case by the technology. Play with settings and ensure you know when the microphone is on.

Make sure you are in a place with a good internet connection, that is quiet and where you will not be disturbed by children or pets.

Be aware of what can be seen in the background when you are on camera – ensure you are not sitting in front of artwork or anything else distracting and that confidential documents are out of sight. Consider adjusting the settings to blur the background.

Advocates must ensure their questions to witnesses are crisp and sharp – complicated and lengthy questions risk creating ambiguity or losing momentum and focus.

McKendrick’s view typified the lawyers’ generally positive feedback about the experience. He does not want hearings to go back to normal, noting that as a self-employed barrister, he has a ‘significant financial interest’ in making remote hearings work so he can continue to earn a living in the uncertain months ahead.

While most lawyers used two monitors – one for the Skype call and another to view the electronic documents – McKendrick says you could manage with one device, dividing the screen into two.

The set-up ‘spotlighted’ witnesses, which meant the barrister asking questions could see the witness and themselves, but not the judge. They felt this could easily be tweaked to change the view.

Nichols notes that the less formal Skype courtroom did not replicate the ‘sense of awe’ and ‘rarefied atmosphere’ of the High Court. On the plus side, this relieved the tension and anxiety for some witnesses.

But the lack of formality risks reducing the authority and dignity of the court process – something McKendrick says the judge and counsel must be assiduous in avoiding.

Nageena Khalique QC, the barrister from Serjeants’ Inn Chambers acting for the CCG, says not being able to lean over to discuss points with clients or solicitors felt strange, but was easily addressed by sending texts or emails.

A downside, according to McKendrick, was missing the camaraderie of colleagues. He also highlights the need for lawyers to be aware that other participants, including lay clients and witnesses, can hear them when they chat. He stresses the need to ensure you do not engage in banter after the judge dials in.

The lay witness – the daughter

From the perspective of the daughter of the man at the centre of the proceedings, the focus was her father. But speaking to the Gazette, Celia Kitzinger, an honorary professor at the Coma and Disorders of Consciousness Research Centre at Cardiff University, who voluntarily supported her during the case, observes it felt at times that the focus shifted away from him.

The technology ‘definitely distracted’, she says, and there was a ‘self-congratulatory’ focus on the ‘pioneering’ nature of the proceedings.

Relaying the daughter’s words, she says: ‘I’d like the judge and lawyers to know that this hearing was not about bigging yourselves up because you did the first Skype trial. This is about my dad. I’m left wondering whether I should have waited and insisted on a face-to-face hearing. It just felt like a second-rate hearing.’

The reduced formality, noises from pets and the backdrops of people’s homes added to her distress. She says: ‘I wanted my dad to have his day in court – not in someone’s front room.’

Skype, adds Kitzinger, took away the daughter’s ability to look the judge and others in the eye: ‘I wanted to make them hear the truth, but I was looking at a computer screen.’

She says that loss of the distinction between the formal and familiar ‘was damaging to the sense of gravitas and feeling that it was impartial’.

Explaining the dichotomy, she says: ‘The process felt very distancing – the gulf across oceans of technology meant the gap between the judge and the daughter felt bigger than if she had been sitting on a bench in the courtroom – while at the same time, everyone was uncomfortably close on the screen, creating an unwanted intimacy.’

The daughter heard the banter between the judge and lawyers that in court would be conducted sotto voce, and heard herself spoken about.

Kitzinger adds that the fact the judge and others could not see her or her reactions during the trial, except when she gave evidence, also made a difference.

With experts in short supply, enabling them to work more efficiently is crucial.

One of the expert witnesses gave evidence from her husband’s music studio in their home in Northumberland. She says not having to go to court to give evidence saved time, as well as taxpayers’ money. It also meant she could work more efficiently, listening only to those witnesses the lawyers asked her to, instead of watching the entire case.

Another positive was that instead of being cramped into the small witness box, she had had desk-space and the ability to make notes.

On the downside, not being able to see the judge while giving her evidence meant she could not watch his pen to gauge her speed or pick up on body language. She also struggled sometimes to distinguish who was speaking.

The participants in the first ever UK Skype trial adapted quickly to enable the hearing to proceed remotely. But as Kitzinger’s comments demonstrate, judges and lawyers must work hard to ensure that sensitivity and humanity are not sacrificed on the altar of technology.

Catherine Baksi is a freelance journalist