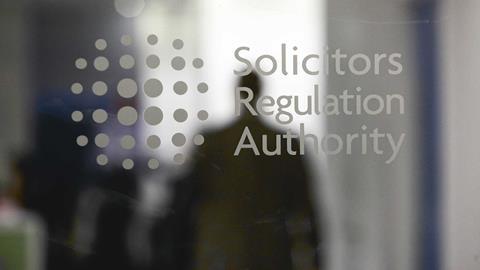 How to: complain about a solicitor

The emergence of compliance officers and the SRA’s mandatory principles have led to a surge in the number of solicitor-on-solicitor complaints. Jonathan Rayner looks at how the process works.

Is the profession about to crash and burn in a firestorm of complaints and counter-claims? Are mud-slinging solicitors – to mix metaphors – at one another’s throats? Where is the collegiate ethos that used to bind lawyer to lawyer? And why did solicitors lodge more than a quarter of the 12,000 complaints about solicitors received by the profession’s regulator last year?

This is not mere doom mongering. The Gazette has learned that the number of solicitor-on-solicitor complaints – 2,698 – made to the Solicitors Regulation Authority in 2013 was a 47% increase on the figure for 2012. At the same time, the number of self-reports from firms, where compliance officers or other staff members report their own firm’s dishonesty or breach of the conduct rules, rocketed fourfold from 250 in 2012 to 1,019 in 2013.

The Gazette asks SRA head of supervision Alexandra Elliott why there has been a surge in complaints. Has the profession declared war on itself?

Elliott, who was in private practice until she joined the SRA’s predecessor body 14 years ago, says: ‘The conduct and reporting obligations remain the same, but the big change has been the positive effect brought about by compliance officers, in particular the way they have increased awareness of the SRA’s 10 mandatory principles that govern everything a solicitor does.’ (See box, below)

Since 1 January 2013, all firms have been required to appoint a compliance officer for legal practice (COLP) and a compliance officer for finance and administration (COFA). Their role is to champion risk management and compliance within a firm, with responsibility for the firm’s systems and controls. They commonly organise training sessions for colleagues to raise awareness of the SRA’s 10 mandatory principles, which embody the key ethical requirements on firms and the individuals (solicitors and non-solicitors alike) working within them.

Elliott says: ‘COLPs and COFAs have encouraged a broader understanding of the Code of Conduct and also highlighted the potential benefits of self-reporting.

‘When a firm co-operates by self-reporting, it reduces the risk of intervention or other serious sanction because we [the SRA] are more likely to allow mitigating factors to be taken into account. If the issues had come to light in some other way or if the firm was unco-operative during the investigation, then the reverse applies and disciplinary action would become probable.’

How to report and self-report

Complete the report form at sra.org.uk/documents/consumers/report-solicitor-form.doc and return it to:

Or email the form to report@sra.org.uk. If you have questions about how to report, contact the SRA at: sra.org.uk/contactus.

Of course, solicitors frequently mutter profanities upon finishing a telephone conversation with the solicitor for the other side. The main criticisms are the tendency of the other side to talk over one’s own words of wisdom or, equally frustrating, not to see that one is self-evidently right – and the other side plainly wrong. Nonetheless, there is a big leap from just ranting about the other side to lodging a formal complaint. Why do solicitors, with their understanding of the law, not simply iron out their difficulties by talking to one another rather than complaining to the SRA?

Elliott says that many complaints are defused in this way, but that solicitors are ‘required’ to report serious misconduct by any person or firm authorised by the SRA, or any employee, manager or owner of any such firm. Solicitors are also required to notify the SRA promptly of any ‘material changes’ about themselves, including serious financial difficulty, action taken against them by another regulator and serious failure to comply with the 10 mandatory principles and other Handbook rules.

‘Our role is to protect the best interests of clients,’ she says. ‘We can best achieve this if we are told about all instances of non-compliance.’

Heather Gelder is head of the SRA’s 12-strong intelligence unit responsible for collecting reports about the most serious breaches and, where necessary, liaising with the police, government departments and fellow regulators. The team, which includes former police officers and members of the armed services, also administers the confidential Red Alert whistleblowing scheme. This allows informants to remain anonymous when, for instance, they are reporting their own firm and want to avoid being ostracised at work or losing their livelihood.

‘We don’t undertake the investigation ourselves,’ Gelder says, ‘but are responsible for collating information from various sources to see if there has been a prima facie breach of any of the 10 principles.’

Gelder is asked for examples of reports that her team has helped prepare. She talks about a partner in a two-partner firm who discovered last year that his fellow partner had taken almost £100,000 from the client account. Because the firm was a partnership, the two partners were jointly responsible for running it in an honest and compliant way.

The non-offending partner was understandably distressed, not only because he was required to self-report and probably suffer the consequences of another’s dishonesty, but also because he was shopping a colleague. ‘He came to us through the Red Alert route,’ Gelder says. ‘But we had to manage his expectations and tell him that the firm was still likely to be inspected and further action taken.

What is the process of submitting a complaint and how is that complaint dealt with when the SRA receives it? The SRA’s Alexandra Elliott says that you can telephone the SRA if you want to report on a confidential basis (there is more information about how to do this in the box, left) or there is a form on the SRA website that you can print and complete.

It asks for your name, the firm for which you work, your address and other contact details. It next asks for similar details about the firm or individual practitioner that you are complaining about. You are then invited to describe your concerns ‘as clearly as possible, using dates where applicable’, before signing the form and posting or emailing it to the SRA.

When the complaint is received, there is first a ‘risk assessment at the front door’, says Elliott, which is a form of triage to identify the gravity of the breach being reported. The complaints are then graded ‘red, amber and green’, she says, with ‘red’ the most urgent and ‘green’ the least . A ‘red’ report submitted by a solicitor might concern a firm on the other side of a transaction that has apparently been ‘abandoned’ and is no longer contactable, raising fears that client money could also have gone missing.

Other serious complaints could be triggered by a firm that is apparently engaged in mortgage fraud or money laundering. An example of an ‘amber’ report could be a case of suspected professional negligence because a transaction was delayed with detriment to a client. The SRA asks the firm why the delay occurred and also, says Elliott, looks to see whether it was part of ‘a pattern of other reporting obligations not being met’.

‘Green’ complaints are those where no serious breach has happened and there is no detriment to clients. ‘Green’ complaints are not simply dismissed, however, but become part of the profile that the SRA is building of the firm. ‘Our mantra is know your firm,’ Elliott says. ‘It is how we often establish a pattern of non-compliance.’

‘But by whistleblowing, some of his dual responsibility as a partner was mitigated. If he hadn’t reported, the joint responsibility could have applied and he could have found himself in front of the Solicitors Disciplinary Tribunal. It is a very difficult situation, but you do have the opportunity to make a full representation on your own behalf. We don’t take the decision to intervene lightly. We are simply here to regulate in the public interest.’

Another case concerned the managing partner of a firm reporting that one of his solicitor employees had mishandled a conveyancing transaction resulting in a significant financial loss to a client. The firm was going to repay the money, but the managing partner wanted to know whether the case should be investigated anyway to see whether the money was lost through negligence or dishonesty.

Gelder says: ‘It was a matter of someone wanting to talk to someone and get practical guidance. We are not here to give legal advice, but we can point people towards the ethics helpline or, in extreme cases, suggest they call the police.’

Another report emanated from a member of staff who had been a firm’s bookkeeper for five years. He discovered that a colleague had breached the accounts rules. Fearful for his future employment, he went down the Red Alert route.

Gelder says: ‘The profession itself is a valuable source of information because its members understand what is required and know when something is wrong or dishonest.’

On a personal note, she adds: ‘We see the worst aspects of professional misconduct. We are not inured to it, but still find it hard to believe that one professional would do such things to another. Maybe just 1% of England and Wales’s 125,000 solicitors are bad. It’s a case of a tiny number doing the greater group a great deal of harm.’