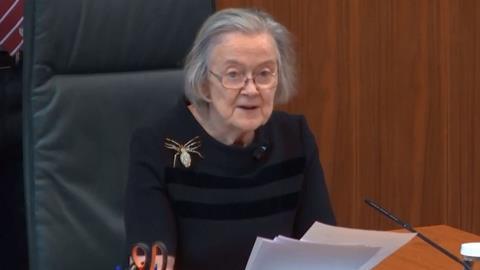 Impostor syndrome – how to conquer your fears

Baroness Hale (pictured) delivered the landmark judgment declaring that Boris Johnson had acted unlawfully with a calm assurance, despite the fact that her performance would receive worldwide scrutiny. Indeed, her large spider brooch almost seemed a symbol of her lack of fear. But outward appearances can be deceiving. 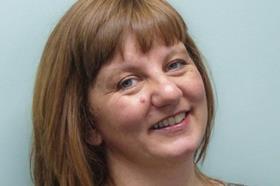 Labouring with ‘impostor syndrome’ seems to be a common issue in the law. After my first day as a deputy district judge, the full-timer who had persuaded me to apply rang to enquire how it had gone. I told him that, for lack of any other way to deal with the sudden, dreadful realisation that I now had all the responsibility and no real idea what I was doing, I had decided the only way to survive was to ‘act as if I was a proper judge’.

‘What do you think all us full-timers do all day, every day?’ was his response.

The fear of not being enough – for that is what impostor syndrome really is – can be an insidious source of stress. As with most sources of mental stress it originates from the stories we tell ourselves. Mimicking fairytales, we invent a wicked wolf who is about to eat us up and who will ‘find us out’ no matter how well disguised we are. Just as we accept that Goldilocks was behaving logically when she searched for the perfect softness of the bed and the perfect bowl of porridge, we tell ourselves that nothing short of perfection will do. And then we move the goalposts of perfection. Being a scholar is not enough; a reformer is not enough; a judge is not enough. And so it goes. Every day we ruin what should be the joy of success by looking over our shoulder at the imaginary menace looming behind us.

We all do it. But how can we stop it? Here are five tools that can help.

Act like a lawyer. Gather evidence. Keep a list of anything you have done, small or large, that shows you can indeed do your job well. Collect compliments and positive feedback. Use it as a reality check when in the grip of fear.

2. Imagine you are in a role play

Four years after I was appointed a judge I moved back to the city where I had practised. One day I looked down and saw a row of practitioners, all senior to me, from my old chambers. I was used to the judicial role but still I froze. The only way I could get over my (baseless) fear that they were all about to find out I was a total fraud was to tell myself firmly that actually, a courtroom is just a form of role play. I imagined that tomorrow one of them would play my role and might feel just the same way. Telling myself this story enabled me to protect my vulnerable core by creating distance between myself and the job.

Who gets further in life? The one who learns to do the first tasks required of them and does them over and over perfectly, or the one who dares to try new things and moves ever upwards? Yes, you might fail, but a person who never fails never learns or grows. Failure is not for suffering or enduring. Or worrying about. It is a gift of development opportunity.

4. Be a person who practises law, not a lawyer

So much of impostor syndrome comes from confusing our identity as a person with our professional identity or role. This is especially so in a profession where we give advice to others and we believe that the client expects (or at least hopes) that we know everything and are always right. By buying into that script we first demand inhuman perfection as opposed to best endeavours. Then we incorrectly conflate doing or knowing one thing imperfectly with being totally hopeless. Cut yourself some slack, accept your humanity and remember that every other lawyer around you is human too.

5. Set yourself up with support

Talking through your impostor syndrome is like shining the torch under the bed to prove there are no monsters. Words bring the fear from the dark recesses of the mind into the light, where they can be seen for the lies they are. Other helping professions use supervision sessions as a regular part of good practice and this is a trick the legal profession is missing. Using a coach or counsellor for regular check-ins, and to examine where these feeling are rooted, how they manifest and how they can be pulled up and destroyed, can do wonders.

Helen Conway is a district judge at Liverpool County Court