Insight: Will Parliament draw a line under boundary disputes?

Of all the issues between neighbours where property solicitors are asked to advise or act, boundary disputes are often the most drawn out and expensive for litigants.  Last month, newspapers reported on a boundary dispute that lasted for over eight years and resulted in an award of costs against the unsuccessful party and the subsequent need to sell their property. 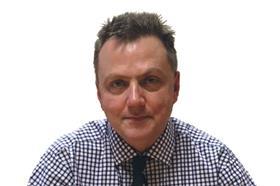 Cases like this where home owners ‘lose everything’ or ‘face ruin’ have led in part to the reintroduction of a private members bill in parliament.  The Property Boundaries (Resolution of Disputes) Bill had its first reading in the House of Lords on 13 July 2017 following an earlier attempt to introduce legislation in 2012.  The bill will receive a second reading at a later unspecified date.

To reduce the number of disputes which finish up in court, the bill proposes a dispute resolution procedure (based largely on the Party Wall etc. Act 1996) which must be adhered to.  Failure to do so will result in the inability to recover costs associated with proceedings commenced to determine the exact line of a boundary between lands, including an application for determination made to the Registrar of Her Majesty’s Land Registry.

Under the proposed procedure, an owner of land must in writing, serve notice (accompanied by a plan) on the neighbouring owner, identifying the exact line of the boundary and providing the neighbour with 14 days within which to agree to the boundary.  Should the neighbour object to the proposed boundary or fail to respond, then a dispute is deemed to have arisen.  The bill provides for the dispute to be resolved by a single surveyor  who is agreed to by both parties or by three surveyors consisting of one appointed by each party and a third selected by the appointed surveyors.  Following the judgement of the surveyor(s), there is a 28-day period within which to appeal to the High Court.

In its present form, the bill does not appear to include any authority for the surveyor to oblige a landowner to remove a structure on a neighbour’s land or, alternatively, award compensation for any loss or diminution in market value suffered by an owner.  The decision of the surveyor is, however, conclusive, unless an application is made to the High Court within the 28-day period.  After this time period, the surveyor will submit details of its award to the Land Registry.  The Registry will then be required to amend the registered title to reflect the determined boundary after which proceedings for trespass can be commenced by the affected landowner.

As the bill has not yet passed through the Lords (which will need to be followed by approval  in the Commons) it has a fair way to go in parliament before becoming law. Solicitors will continue to advise clients on boundary disputes and seek to deal with these issues without the need for premature and costly litigation.