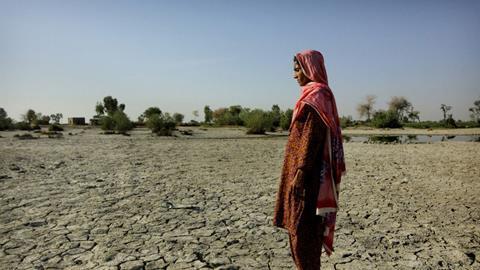 Oxfam’s project attempts to fund targeted projects which increase access to justice for some of the world’s poorest people.

Mention of Oxfam’s Lawyers Against Poverty (LAP) project raises a wry smile in some quarters.

‘Lawyers cause poverty!’ exclaim the cynics, ensconced in the certainties of the fat-cat lawyer myth. And yet, Oxfam’s head of legal Joss Saunders tells the Gazette, some four billion of the world’s population have no access to lawyers. Or to put it another way, in 2016 the equivalent of four times the combined populations of Europe and the US still have no access to justice or the rule of law.

The effect of this, Saunders explains, is to entrench poverty in the lives of vulnerable individuals, such as the widows whose land rights - they belatedly discover - died with their husbands. Such as farmers, whose families have cultivated the same land for generations, and yet are powerless to resist land grabs by big business and its legions of lawyers. Such as others who are victims of gender-based violence.

LAP, which marks its first anniversary on 18 June 2016, sets out to harness the experience and passion of members of the legal community who believe that the injustice of poverty can - eventually - be stamped out. They share Oxfam’s vision that everybody in the world should, at the very least, be able to eat, drink, earn and learn.

‘I’ve been amazingly impressed by the enthusiasm of people who want to get involved,’ says Saunders. ‘Lawyers are uniquely placed to help right these wrongs. They can lend their expertise by joining a working group in the UK or they can go overseas to help address the problem at its roots. They can assist financially, too, with their subscriptions helping fund projects that aim to bring justice to some of the world’s most vulnerable people.’

Oxfam has for some 70 years been combating poverty and is active in more than 70 countries. LAP is now an integral part of that struggle, as the forthcoming LAP week (13-20 June) will amply demonstrate. Saunders talks the Gazette through some of the week’s events.

‘Monday 13 June is our Jordanian “pop-up” restaurant evening in Oxford,’ he begins. ‘Its purpose is to give Oxfam staff and volunteers the opportunity to share what they saw and heard during a recent visit to Jordan’s Zaatari camp for Syrian refugees. Zaatari has a population of around 80,000 and is now the fourth-biggest city in Jordan.’

Zaatari refugees are struggling to find work and create a livelihood for themselves and their families, adds Saunders. Many are surviving on meagre humanitarian aid or working illegally. Jordan is estimated to spend £599m a year supporting Syrian refugees; if it were treated as a traditional donor, Jordan would have contributed 5,622% of its fair share.

Much closer to home, the City of Oxford and Oxfam the charity also contribute to the welfare of refugees. ‘Lorries that have smuggled illegal immigrants into the country regularly dump (sic) them on the A40 close to the turn-off for Oxford,’ explains Saunders. ‘These are often children arriving in the UK unaccompanied. We work with them alongside an experienced counsellor for unaccompanied child asylum seekers, Charlotta Neboer-Cope.’

Saunders next speaks about Thursday’s in-house event. ‘LAP’s in-house group is very dynamic and has a number of programmes underway with overseas lawyers. These include training in public interest litigation and how to provide practical tools to help developing countries undertake it.’

Finally, he talks about the World Refugee Day event on Monday 20 June. ‘This is a chance to learn what you and I can do to make a difference,’ he says. ‘You don’t necessarily need to be an immigration lawyer to help refugees. There’s plenty more you can do, such as offering work experience placements to refugees who are lawyers in their own countries already or want to become lawyers.’

In its first year, LAP got off to a flying start with an August 2015 visit to Tajikistan, the poorest country in the former Soviet Union. A delegation is just finishing a visit to Jordan’s Zaarati refugee camp and another visit is planned for Sicily, where many migrants arrive after perilous sea crossings from North Africa.

Lawyers who sign up to LAP can help fund targeted projects which increase access to justice and the rule of law for some of the world’s poorest people. They can vote for projects, help steer LAP’s strategic direction, join a working group and attend events.

Saunders concludes: ‘If we are ever to see a just world without poverty - a world in which all people can influence decisions that affect their lives, enjoy their rights and assume their responsibilities as full citizens of the world - we need a programme dedicated to helping fight injustice. LAP is that programme.’