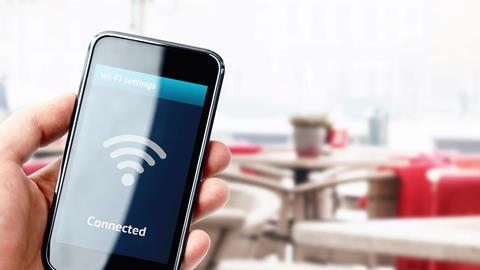 Indications for this year’s PII renewal are that it will be similar to last year’s, when few firms found themselves entering into the extended indemnity period involuntarily.

The results of the Law Society’s annual PII survey, which explored firms’ experiences and perceptions of the 2015/16 renewal process, indicate that the PII market remains competitive and favourable for firms, with plenty of rated insurer capacity.

The presence of unrated insurers is becoming negligible in this market generally; and specifically in the traditionally under-served small-firms sector, which in the past was heavily reliant on unrated insurers. With Alpha and Elite no longer writing new PII policies for solicitors (QIC was introduced to offer replacement PII to firms formerly insured with Alpha), Enterprise is now the sole remaining unrated insurer in the market. One might expect the number of firms taking out policies with unrated insurers (reported at 6%) to fall once again.

Another emerging trend is the uptake of variable renewal date policies. Since the single renewal date was abolished in 2013, firms have no longer been tied to renewing on 1 October. The survey reported that over a third of firms have policies longer than 12 months (compared to 15% last year), with 18-month policies being the most popular alternative choice. We can expect this trend to continue as insurers adjust to selling throughout the year, and firms take advantage of ‘soft’ market conditions to secure longer-term policies at competitive premium rates. In more good news, premiums were reported as 8% lower this year, with the average premium dropping for firms of all sizes.

However, the cost of run-off cover remains a concern. When a firm closes without a successor practice, firms must have six years’ run-off cover in place, which the insurer on cover is obliged to provide. This protection against losses caused by the negligence of a solicitor is part of the profession’s covenant of trust with the public, but a problem arises if the cost of run-off is not affordable for firms. This year’s survey found that the average cost of run-off cover for all firms has gone up from last year’s 250% to 300%.

For many firms, the cost of run-off cover at that level of expenditure is an obstacle to closure. Among law firms that had contemplated putting the firm in run-off, but decided against, ‘could not afford the run-off premium’ was the main reason given.

The Council for Licensed Conveyancers recently announced that it will move from its Master Policy to a Participating Insurers Agreement, in which six years’ run-off cover is included in the price of the annual insurance premium. Many questioned the viability of this model, including some insurers who would not consider offering cover on this basis, and the SRA, which acknowledges that firms continuing to practise for years would in effect be cross-subsidising those that closed quickly.

As there is no will for a similar model to be adopted for solicitors, it will be interesting to see whether the SRA’s forthcoming consultation on proposed reforms to PII arrangements will make any suggestions for reducing the cost of run-off and the associated barrier to closure.

Another concerning trend is firms claiming on their PII to replace shortfalls on client accounts caused by the actions of fraudsters. The Law Society’s survey found that almost a quarter of all firms reported being targeted by scammers in the last year, with 10% of reported scam attempts resulting in the theft of client account monies. The perpetrators tend to be highly sophisticated, using social engineering and impersonation techniques to divert payments to and from solicitors, and abuse of technology to gain access to bank account details and confidential information. There have been some very large claims reaching over £1m in value, with victims ranging from high street to City firms.

The Law Society is aware of isolated incidences, following a scam, where an insurer has raised a firm’s premium upon renewal and even raised the cost of the firm’s run-off cover. There could well be a general shift in this direction as underwriters seek to cover the costs of substantial claims made on PII policies following scams of this nature.

There are also indications that some insurers, when setting premiums at renewal, will now ask firms what preventative measures they have taken to protect against criminals targeting client accounts, including what security and IT systems they have in place and how staff are trained.

Firms can mitigate against the risk of being scammed by following the Law Society’s practical tips to protect a firm from scams, which cover: the risks associated with email, telephone calls and use of Wi-Fi; handling client money; the importance of verifying bank account details; technical preventative measures; and suggestions for security policies and training.

The Society has also issued guidance on dealing with the aftermath of being scammed, including on the PII claims situation and reporting obligations.

Depending on the level of risk they are prepared to tolerate, some firms may start thinking about taking out cyber-insurance policies to cover the risks posed by fraudsters. While the PII minimum terms and conditions (MTCs) will cover firms for civil liability and most third-party cover, including loss of money, the MTCs will not cover other risks typically associated with a cyber-attack, such as reputational damage, the cost of a forensic investigation or business interruption, or first-party cover such as theft from the office account.

Any firm contemplating taking out a cyber-insurance policy should consult with a specialist broker, as policies differ widely in coverage. Some will duplicate PII MTC cover to a significant extent, or require the firm to have stringent preventative measures in place, which might then obviate the need for this type of cover.

We await with interest the SRA’s consultation on proposed reforms to PII arrangements and client financial protections, expected in the autumn. The indication is that the regulator will once more attempt to reduce the minimum level of PII cover to £500,000 and reduce compulsory run-off cover from six years to three.

The Law Society would strongly oppose such proposals, on the basis that the less comprehensive coverage erodes the profession’s covenant of trust with the public and leaves clients too exposed to lack of redress.

While it is admirable that the SRA wants to create an open and competitive market in the supply of PII, this should not be at the expense of client financial protections.

Alan Radford is chair of the Law Society’s PII committee