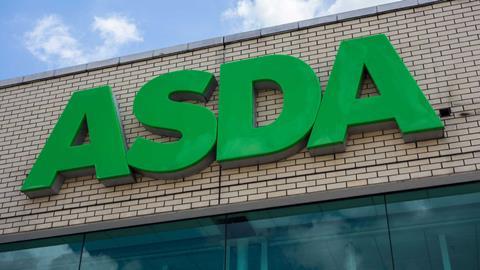 Employment: Equality of treatment of men and women

Employees in Asda’s retail operations (mainly women) were entitled to use employees in the distribution centres (mainly men) as comparators in respect of the retail employees’ equal pay claims against Asda. The Supreme Court, in dismissing Asda’s appeal concerning the employment tribunal’s ruling on a preliminary issue in favour of the retail employees, held that the ‘common terms’ requirement, for the purposes of s 79(4)(c) of the Equality Act 2010 was satisfied and that the retail employees had been entitled to succeed, concerning the preliminary issue, on the ‘North hypothetical’, pursuant to North v Dumfries and Galloway Council (Scotland) [2013] 4 All ER 413, which had asked whether the comparator’s group would have been employed on broadly similar terms to those which they had at their own establishment if employed on the same site as the claimants (in the present case, the retail employees). Further, the court provided guidance on future case management of issues raised by the common terms requirement involving a cross-establishment comparison.

The appellant employer, Asda Stores Ltd (Asda), was a major supermarket retailer in the UK. The respondents (the retail employees) were employed in Asda’s retail business and they were predominantly women.

The retail employees brought equal pay claims against Asda, seeking compensation on the basis that, in the six years prior to their inception of proceedings, they had received less pay than a valid comparator for work of equal value to that done by the comparator.

The claims were brought under the Equality Act 2010 (EqA 2010) and under the earlier legislation, namely the Equal Pay Act 1970 (EPA 1970), as they related to periods when EPA 1970 had been in force. Under the provisions governing equal pay, claimants had to choose a valid comparator who was a real (and not hypothetical) person employed by the same, or an associated, employer. Under the ‘same establishment’ requirement, that comparator had to be employed either at the same establishment as the claimants, or at another establishment.

Asda appealed to the Supreme Court.

(1) Whether the common terms requirement, for the purposes EqA 2010 s 79(4)(c) was satisfied in the present case, such that the retail employees were entitled to compare themselves with the distribution employees, for the purposes of their equal pay claims.

In the context of equal pay there were positive duties on government ministers and also on employers. There were steps that employers had to take to deter differences in pay on the grounds of sex discrimination. The two statutory provisions that contained the same and common terms requirements were EPA 1970 s 1(6) and EqA 2010 s 79(4) (see [11]-[14] of the judgment).

Parliament did not define the expression ‘common terms’ and the courts had set about interpreting it to give effect to Parliament’s intention and applying it in various situations. A review of the three leading cases showed that the Appellate Committee of the House of Lords and the present court had progressively elucidated and applied the expression ‘common terms’ to different sets of circumstances to ensure that the common terms requirement achieved a simple, single aim, namely to enable claimants to treat as comparators employees at different establishments if their terms and conditions would have been substantially the same if they had been employed at the same establishment as the claimants (see [19]-[24] of the judgment).

In North v Dumfries and Galloway Council (Scotland) [2013] 4 All ER 413, the Supreme Court had held that there was nothing in the statute to require it to be shown that the comparator had a realistic possibility of employment at the claimants’ establishment or even that it was feasible that he should be located there. Likewise, it was inappropriate to consider whether the terms and conditions of employment would then be adjusted. The exercise required to be performed was a purely hypothetical one, asking whether, assuming that the comparator was employed to do his present job in the claimants’ establishment, the current core terms and conditions would apply (the North hypothetical). Further, Lady Hale in North had explained that the fact that male and female workers had to work at different establishments did not bar an equal pay claim (see [25]-[28] of the judgment).

The authorities further showed that there could be ‘common terms’, not only where the claimants and the comparators were employed under the same collective bargaining agreement, but also where they were employed under different collective bargaining agreements. It was not necessary for an ET to apply the North hypothetical if, on the facts, it was satisfied that there were common terms applying either ‘generally’ or as between the relevant classes of employees. The North hypothetical was, then, unnecessary (see [30]-[32] of the judgment).

It would be surprising if equal pay claims could be stopped the preliminary stage (in limine) simply because the comparators were employees of predominantly one sex who were located in a separate establishment and had had the benefit of a collective bargaining agreement, negotiated on behalf of that particular group of employees alone. The North hypothetical was important because, otherwise, an employer could avoid equal pay claims by allocating certain groups of employees to separate sites so that they could have different terms even where that was discriminatory. To prevent equal pay claims being unduly stopped in limine, the North hypothetical test could be applied and the question as then whether the classes of employees in question would remain on substantially the same terms if (hypothetically) they were transferred in their current roles to the other site. If their terms were tied to their location for some reason so that they would acquire the other group’s terms on transfer, they were not common terms. However, if their core terms were unaltered by the hypothetical relocation, then the common terms requirement was satisfied and the one group could be a comparator for the other, the reason being that any difference due to difference of location could be eliminated (see [46], [51] of the judgment).

The present case was the first case involving a cross-establishment comparison where the claimants and the comparators’ terms and conditions were not fixed on both sides by collective bargaining agreements (see [29] of the judgment).

The retail employees had been entitled to succeed on the North hypothetical (see [6] of the judgment).

As the Court of Appeal had recognised, it had not been correct for the ET to have directed itself that it had to find ‘common terms generally as between claimants and comparators’. That error invalidated its conclusion that there were common terms ‘generally’. However, the ET had asked the relevant question at a later stage in its judgment, namely on what terms the distribution employees would be employed if they were located at the retail employees’ establishment, and it had rejected the argument that they would be so employed on retail terms. What the ET had had to do had been to make a broad comparison. The fact remained that the ET had applied the test of broad similarity to the wrong groups. In any event, the retail employees  succeeded on the North hypothetical (see [47], [50], [55]-[57] of the judgment).

The present court, and the Appellate Committee before it, had warned against appellate courts interfering with the findings of ETs where there had been no misdirection of law. ETs had considerable experience. It was not contended that there had been any misdirection of law on the part of the ET in the present case. In those circumstances, its findings on the North hypothetical should stand (see [54] of the judgment).

(2) The court gave guidance on future case management of issues raised by the common terms requirement involving a cross-establishment comparison.

Even when evidence was led and the ET had to make factual findings on the issue whether the comparators would be employed on the same or substantially the same terms at the claimants’ establishment as at their own establishment, the fact-finding exercise could, and should, be kept within tight bounds. The ET should not countenance a prolonged enquiry into that threshold test. The employer would have ample opportunity to show that pay disparities were justified when the value of the claimants’ work was evaluated or if it raised a defence of genuine material factor under EPA 1970 s 1(3) or EqA 2010 s 69. For the same reason, appeals were to be discouraged (see [68] of the judgment).

ETs should also bear in mind that, as in the present case, the answer might well be more readily found by inference from the relevant facts and circumstances, rather than from the opinions on hypothetical facts of individuals employed in the business. ETs were not required by the common terms requirement to perform any form of line by line comparison of different sets of terms and conditions. The common terms requirement was not to be used as a proxy for other elements in equal pay claims, such as the evaluation of the comparability of the work done by the claimants and the comparators (see [69], [71] of the judgment).