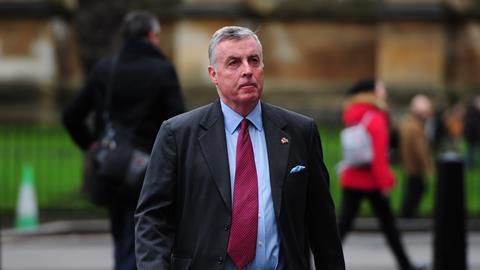 The Equality Act 2010, particularly paragraph 18(1)(b), which authorised the restriction of payment of benefits based on service before the Civil Partnership Act 2004 had come into force, was incompatible with Council Directive (EC) 2000/78 and had to be disapplied. Accordingly, the Supreme Court declared that the appellant’s husband, provided that he did not predecease him and that they remained married, was entitled to a spouse’s pension calculated on the basis of all the years of the appellant’s service with the respondent.

In January 1980, the appellant started to work for the first respondent, Innospec, and was required to become a member of its contributory pension scheme. In 1993, he commenced living with his male partner. In 2003, the appellant accepted early retirement. On 5 December 2005, the day the Civil Partnership Act 2004 came into force, he and his partner entered a civil partnership, and they subsequently married. Innospec refused to confirm that, in the event of the appellant’s death, it would pay the spouse’s pension provided in the scheme to his husband. That was on the basis that his service had predated December 2005 and paragraph 18 of Schedule 9 to the Equality Act 2010 provided an exception to the general non-discrimination rule implied into occupational pension schemes. The employment tribunal upheld the appellant’s claim, but the Employment Appeal Tribunal allowed Innospec’s appeal. The Court of Appeal, Civil Division, dismissed the appellant’s appeal on the basis that the ‘no retroactivity’ principle precluded giving retrospective effect to Council Directive (EC) 2000/78 (the Framework Directive), which would occur if payment of a spouse’s pension to the appellant’s husband after the appellant’s death was required. The appellant appealed.

To an extent, the same policy considerations laying behind the no retroactivity principle and the CJEU’s power to limit the retrospective application of its judgment, were in play. However, it was vital to keep the two concepts distinct.

The Barber v Guardian Royal Exchange Assurance Group ([1990] 2 All ER 660) exception was an example of a technique used by the CJEU to limit the generally retroactive application of its judgments, which it would only exercise in the most exceptional circumstances and where the impact would be truly catastrophic. However, how the court exceptionally applied a temporal limitation to one of its rulings had no inevitable bearing on the temporal application of legislation as a matter of principle.

Further, the point of unequal treatment occurred at the time that the pension fell to be paid. Whether benefits referable to contributions to a pension fund were to be regarded as deferred pay was irrelevant so far as entitlement to a pension was concerned (see [25], [26], [43], [44], [56] of the judgment).

The Court of Appeal had understood that there was a general principle of European Union law, to the effect that entitlement to a survivor’s pension was permanently fixed as it was earned. It had concluded that the same principle could be applied where the law was changed, not by a judgment, but by legislation. The Court of Appeal had considered cases, including Barber, involving the application of the exceptional limitations. However, none of the cases considered by the Court of Appeal and the EAT had expressed a general rule that immediate application of EU legislation at the point of enactment should normally be avoided. On the contrary, the consistent theme of the CJEU jurisprudence had been that rights established by legislation should be activated at the time that they had been stated to exist.

Further, two recent decisions of the Grand Chamber of the CJEU put success for the appellant’s claim without doubt. Maruko v Versorgungsanstalt der deutschen Bühnen ([2008] All ER (EC) 977) provided that, if the appellant’s husband survived him, he was entitled to a spouse’s pension on the same basis as would a wife. Romer v Freie und Hansestadt Hamburg ([2011] All ER (D) 212 (May)) made it clear that, unless evidence established that there would be unacceptable economic or social consequences of giving effect to the appellant’s entitlement to a survivor’s pension for his husband, at the time that the pension would fall due, there was no reason that he should be subjected to unequal treatment as to the payment of that pension.

Accordingly, the appellant’s husband, provided that he did not predecease him and that they remained married at the time of the appellant’s death, was entitled, under the Framework Directive, to a spouse’s pension calculated on the basis of all the years of the appellant’s service with Innospec. On that account, paragraph 18 was incompatible with the Framework Directive. In particular, paragraph 18(1)(b), which authorised a restriction of payment of benefits based on periods of service before December 2005, could not be reconciled with the plain effect of the Directive (see [43], [45], [46], [51], [55], [56], [60], [61], [72] of the judgment).

(2) Non-discrimination on grounds of sexual orientation was a principle of EU law. It followed that any contemporary denial to the appellant’s husband of a spouse’s pension, calculated on all the years of the appellant’s service, would be incompatible with the Framework Directive. In so far as paragraph 18 authorised that, it had to be disapplied (see [74] of the judgment).

Martin Chamberlain QC and Max Schaefer (instructed by Liberty) for the appellant.

Jason Coppel QC and Holly Stout (instructed by the Government Legal Department) for the Secretary of State, as interested party.